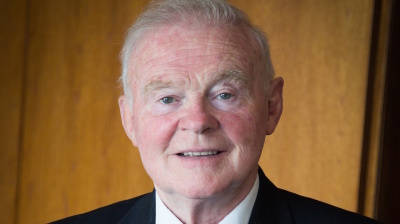 A Mongolian mine is seeking a London listing via a reverse takeover of Arkle Resources, according to the Irish gold and zinc explorer founded by the serial entrepreneur John Teeling.

The Undur Tsakhir mine,  located in Tayshir Soum in the Gobi-Altai province of Mongolia, and which is being explored by the Sod Gazar surveying company, produces the metal molybdenum, which is used for steel alloys.

“They are looking for an AIM listing in London using one of our vehicles," John Teeling, Arkle's chairman and the leading shareholder of a string of metals and energy companies, told bne IntelliNews in an interview. “We could probably introduce them to some potential investors and we might give them some credibility to a listing in London if they come through one of our vehicles."

Teeling and his team steer clear of copper and nickel – where the capex of companies can be in the billions – and focus on more specialised raw materials such as molybdenum. The potential value of the deal is estimated at $45 mn. Undur Tsakhir’s main market is China, whose border is located about 400 kilometres away.

“China has a voracious appetite for raw materials and I think they make 50% of the world’s steel and you need molybdenum for steel,” said Teeling. “That’s the obvious market but it’s in the early stages yet and we would want to negotiate customer contracts.”

China has a huge appetite for molybdenum, a metal also known as moly, which look like lead and is used mainly to make steel stronger and more resistant to high temperatures. Zhongxi Mining operates one of China’s largest moly mines in Inner Mongolia, the Chinese autonomous province which borders Mongolia.  Although China is one of the primary producers of moly, with more than 200 molybdenum mines located in the Huludao Region, administrative problems have decreased yields and ballooning domestic demand for the metal have led the country to impose an export duty tax and import more supply.

Mongolia is a miner’s dream come true. The country boasts almost 1,000 mineral deposit sites that contain stores of coal, copper, gold, silver, iron, wolfram, moly, and fluorspar, to name a few. These minerals, base and precious metals are necessary for the production process of anything from energy to construction to mobile phones and transportation.

Teeling, who is seeking more information before committing to the deal, is mindful of the problems that Rio Tinto has faced in Mongolia.  The rising cost of its vast Oyu Tolgoi copper mine’s there played a role in bringing down both Mongolia's previous prime minister and Rio's last chief executive.

Arkle has been approached through an intermediary. According to Sod Gazar, it currently has no plans for a listing of the mine.

AIM-listed Arkle, formerly Connemara Mining, has gold projects in Wicklow and Donegal and zinc projects in Limerick and the Irish midlands.  Arkle is one of a myriad of mineral and energy plays in Teeling’s 162 Group, including Petrel Resources, an exploration company developing opportunities in Africa and Iraq.

Petrel held talks with Russian gas monopoly Gazprom in 2018 about developing an energy project in Crimea, the Ukrainian territory currently subject to international sanctions since annexation by Russia. Kerch in Crimea was named in 2014 by Gazprom executives as one of the most probable locations for construction of an LNG plant.

However, Teeling said negotiations were scuppered due to the threat of US sanctions, while Petrel’s joint venture with Australian LNG specialist Woodside Energy – a key player in any potential operation in Crimea – has since fallen apart.

Teeling’s Botswana Diamonds also previously had a joint venture with Alrosa, the Russian diamond monopoly, to find diamonds in the Kalahari Desert in Botswana. In late 2018, Teeling’s company bought Alrosa out of the JV for a nominal sum after the Russian firm evaluated the results from four years of working together.

“After Alrosa went it’s own way, we have had talks with another Russian diamond company to find new kimberlites and that yet may come to pass,” said Teeling. “We had no problem with Alrosa and maybe we would be still together had we found something big.”

Teeling, a sprightly 75-year-old who played rugby up until recently, also mentioned that he is currently working on a lithium project in Bolovia, while he has a cobalt license about to be activated in South Africa.

Chris Weafer, founding partner of the consultancy Macro-Advisory, has worked with Teeling on many deals over the years and rates him as much for his skill as a minerals explorer as his hallowed reputation for breaking Irish Distillers' monopoly on Irish whiskey and triggering the spirit's global revival.

“John Teeling is the Indiana Jones of global geology,” Weafer told bne IntelliNews. “ He has picked holes and turned over rocks in some of the least accessible and inhospitable places on the planet in South America, Africa and Central Asia – or, at least he has funded, directed and cajoled others into doing so.”

CENTRAL ASIA BLOG: Mongolians tentatively hope the worst of COVID-19 is behind them