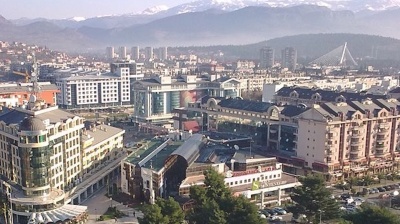 Montenegro’s government decided to revise its budget plan for 2019, including the possibility to issue a €500mn Eurobond to refinance maturing debt.

Podgorica has already sold T-bonds on the domestic market this year. If it goes ahead with the Eurobond, the tiny Balkan country will join a growing number of sovereigns from Southeast Europe that are tapping the international markets.

“Dovish ECB/Fed created a stimulus for CEE issuers, so Montenegro news comes as no surprise. Montenegro has three EUR-denominated bonds with shorter maturity expiring in March 2020 while the other two fall due in 2021 and 2025,” Raiffeisen Research noted following the government’s decision.

According to the government’s plan, the bonds could be sold either on the domestic market or on international market.

The government also decided to allow the possibility of borrowing up to €250mn this year via a loan deal with a local or international institution, which will be guaranteed by the World Bank.

Balkan sovereigns return to the market

Croatia successfully issued a 10-year Eurobond on the international capital market last month, raising €1.5bn, the finance ministry announced. The bond, maturing in 2029, had an annual coupon interest rate of 1.125% and final yield of 1.324%, the most favourable terms achieved by Croatia to date.

Also in June, Serbia sold a €1bn euro-denominated bond and will use the funds to finance the early redemption of $1.1bn of US dollar-denominated Eurobonds. The government is now considering issuing more Eurobonds on international markets before the end of 2020 in order to raise funds for a planned new large investment cycle, Reuters reported on June 25 quoting Finance Minister Sinisa Mali.

This was part of a wider pickup of bond issues in Central Europe seen in June, when $5.3bn was raised from seven issues — the most issued in the last four years. Aside from Croatia and Serbia, Lithuania also issued a Eurobond during June; all three had yields of between 1.125% and 1.65%. Eastern Europe and Russia also had a good month with issues of $5.1bn and $3.2bn respectively.

Romania followed, returning to the market in July and issuing a €2bn sovereign dual tranche Eurobond to strong demand.

A recent analysis from Raiffeisen Research noted that Central, Eastern and Southeast European sovereigns had raised most of the funds they need for this year. However, with a heavier repayment schedule next year, governments are expected to return on a large scale to debt markets in 2020 to refund maturing debts.

LONG READ: The Growers - a handful of countries in New Europe are coping with the coronacrisis and are still expanding
New coronavirus cases decline across emerging Europe but the epidemic’s not over yet
Tensions between Bosnia, Montenegro and Serbia rise over closed borders