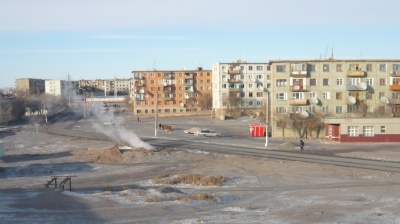 There is more pain ahead for Emerging Europe as government efforts to shield populations from the energy crisis and rampant inflation since Russia’s invasion of Ukraine have shifted the worst of the economic impact to next year, said the European Bank for Reconstruction and Development (EBRD) as it downgraded GDP growth forecasts for 2023 across most of the region.

The EBRD’s current forecasts for growth across its countries of operations in Emerging Europe and the Southern and Eastern Mediterranean (SEMED) are 2.3% in 2022 and 3% in 2023. The development bank thus lifted its projection for 2022 by 1.2 percentage points (pp) but lowered its 2023 forecast by 1.7 pp compared to its last set of forecasts issued in May.

It also warned that the forecasts in its latest Regional Economic Prospects report, published on September 28, are subject to major downside risk should Russia’s war in Ukraine escalate or the volume of its gas exports fall further.

Commenting on the changes to its forecasts since May 2022 at a presentation of the report on September 28, EBRD chief economist Beata Javorcik described the region’s economic performance in the first half of 2022 as “surprisingly strong”, attributed to a large extent to consumers using savings accumulated during the coronavirus (COVID-19) pandemic. Exports also remained at a high level.

“However, the boom [is] coming to end as the impact of the energy crisis, high inflation and uncertainty caused by the war are putting brakes on the economies,” Javorcik added.

“We revised upwards our forecasts for 2022, but it now looks bleaker for 2023. We are in for a hard and cold winter.”

At the same time, inflation has been soaring, and averaged 16.5% across the EBRD regions in July – higher than at any time since 1998. More price rises are anticipated.

“Inflation does not seem to have peaked yet. In many countries high energy costs have not translated into retail prices paid by households. That means that when governments stop helping out to keep prices low, if energy prices remain high for a while, this will have to happen, so inflation will increase,” Javorcik told listeners.

“We are not very optimistic about food prices coming down either. If you look at the futures market, they are expecting food prices to be higher in 2023 than they are today.

“We also see that producer costs have increased in pretty much all out countries of operation faster than consumer inflation, which suggests firms are not yet passing all increases in costs on to the retail customers.”

Ukraine’s economy has been devastated by the war, and the EBRD kept its forecast for 2022 unchanged at a 30% contraction, while as the war drags on with no end in sight it now expects a “more muted” recovery of only 8% in 2023. Previously, the EBRD had anticipated 25% growth in 2023, assuming that the recovery would already be underway.

Professor Sergei Guriev, Sciences Po provost, noted during the presentation that Russia has not – as initially expected after the invasion – entered a macroeconomic crisis, while policymakers have managed to hold inflation in check, helped by the stronger ruble.

However, he pointed out that the strong ruble “is not a proxy for strength, it reflects a decline in imports”. Russia has been unable to substitute all the high tech inputs it is now no longer able to get from the West from alternative suppliers such as China.

Javorcik forecast a more severe impact on Russia from the EU sanctions on Russian oil due to come into force in November.

“I think [Russian President Vladimir] Putin’s plan is to blackmail Europe during this very difficult winter, but it comes at a huge cost to the Russian budget,” Javorcik said. Moreover, she added: “The real shock will come later – the oil embargo coming in in two months will be a real test … oil matters more than gas for the Russian budget and Putin’s ability to continue this war.”

The EBRD’s forecasts for its three western regions of Emerging Europe – Central Europe and the Baltic states, South-Eastern Europe and the Western Balkans – have all been revised upwards for 2022 after their better-than-expected performance in the first half of this year. However, this will be followed by slower growth in 2023.

Forecasts have been downgraded based on gas supply disruptions and spillovers from slower growth in advanced European economies. The report also notes that the risks to the outlook in the Western Balkans countries have increased, given their fiscal vulnerabilities.

Five countries in particular – Hungary, Moldova, North Macedonia, Serbia and Ukraine – use gas for around two-thirds of their heating, making them most vulnerable to shortages.

There is also the indirect impact of gas supply disruptions or price hikes via Western Europe: "If Germany stops producing that would translate into lower demand for inputs from Central Europe,” said Javorcik.

There has also been a better-than-expected performance across most of Central Asia and the Caucasus this year, and the EBRD lifted its average 2023 forecast for Central Asia, while those for the three South Caucasus countries were left unchanged.

The EBRD projects GDP in Eastern Europe and the Caucasus (excluding Ukraine) to grow by 4.6% in 2022, with temporary stays by Russians boosting consumption in Armenia and Georgia, a major factor behind the growth in the two countries. Growth is then expected to slow to 2.5% in 2023.

“Upward revisions to both years relative to May reflect a boost to consumption driven by public-sector wage hikes, high remittance flows and a sharp increase in shadow trade with Russia, as well as gains in commodity exporters,” the EBRD report said.

“We were very worried about the Central Asian countries a few months ago as they are heavily dependent on remittances from Russia and on Russian infrastructure for trade,” commented Javorcik.

“However, they surprised us. Remittances remained very strong as labour demand in Russia was high and the ruble remains strong. Central Asia also managed to turn itself into a hub for exports from China.”

In the Caucasus, Javorcik said: “Armenia and Georgia did surprisingly well. Their double-digit growth in the first half was given by the exodus of Russians, often educated, IT specialists, who set up companies in Armenia and Georgia. Tourism was also a factor. After Europe closed its airspace to Russian air traffic, Armenia and Georgia benefited.”

Meanwhile, in the last week alone around 100,000 people have moved from Russia to Kazakhstan. “If you look at the size of Kazakhstan’s population or economy this is not as dramatic as the influx of Ukrainian refugees into Poland. However, it is still important. Many of these people are probably better educated than the average Russian, so in the mid-term it is likely to be good news for Central Asian countries,” said Guriev.

However, he stressed that the war is not good for anyone. “In terms of the overall impact on neighbouring countries, there’s no doubt things are really negative. Without this war everybody would be better off … war cannot benefit anybody and everybody loses.”

Poland basks in the glory of being Europe’s chief ally of Kyiv
13 hours ago
Russia forges ahead with gas ambitions in Uzbekistan, Kazakhstan
1 day ago
Mongolian government accused of rushing through veiled law that dismantles freedom of speech
3 days ago
Russia is preparing for spring mass mobilisation
3 days ago
Davos climate change debates hindered by lack of Russian, Chinese delegates
3 days ago