MOSCOW BLOG: No easy way out of the Belarusian crisis as West hits Minsk with fresh sanctions 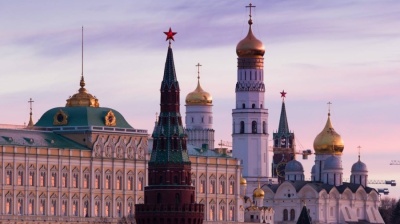 The West is damned if it does and damned if it doesn't: new harsh sanctions push Belarus closer to bankruptcy, but while that may push President Alexander Lukashenko out of office, it also probably will leave the people worse off than they were before. / wiki
By Ben Aris in Berlin August 10, 2021

On the anniversary of the fraudulent presidential elections that plunged Belarus into its worst political crisis since the fall of the Soviet Union, Washington and London ramped up their sanctions regimes and hit several of the republic’s most vulnerable spots hard.

The UK targeted the cash cow exports of oil products and potash. It also included Belarus' President Alexander Lukashenko’s Russian billionaire buddy Mikhail Gutseriev in the list, and banned investment into primary debt issues. The US went after the oil and fertiliser sector too and Belarus now seems to be comprehensively cut off from doing business with the West.

Opposition leader Svetlana Tikhanovskaya’s lobbying has paid off. She met with both US President Joe Biden and UK Prime Minister Boris Johnson in the weeks ahead of the anniversary and both clearly have rallied to the white-red-white of the free Belarusian banner and hit especially hard with the latest sanctions. Tikhanovskaya reportedly gave both a wish list of companies to target with sanctions that was designed to cause maximum pain.

There is still more dry powder to burn, but these sanctions will really hurt the Belarusian economy, which is already teetering on the edge for the lack of money. One of the most painful sanctions is that Minsk cannot refinance its debt on the international capital markets as bne IntelliNews commentator Maximilian Hess explained in a recent op-ed, and that means the cost to Moscow, Belarus’ only source of funds, has gone up significantly.

The opposition’s strategy has changed significantly in the last year. At the start Tikhanovskaya called for international support, but was explicit that the country didn't want to get drawn into the geopolitical showdown between the West and Russia. She highlighted that this was a fight between the people and Lukashenko and implied that they were going to solve it on their own. Moreover, the opposition leaders were also explicit that they saw Belarus’ future as being close to Russia and had no intention to repeat Ukraine’s turn to the West nor would Minsk under a president Tikhanovskaya et al apply for EU membership.

That’s all changed now. Russian President Vladimir Putin sat on the fence for most of August last year, but at the end of the month, just before Lukashenko was about to fall, he came down on the side of the incumbent and bailed him out with his military help “if necessary” comment that gave Lukashenko back the initiative.

With this move the Kremlin has also de facto said it will not support the people against Lukashenko, driving Tikhanovskaya into the arms of the West. The Kremlin’s game plan now appears to be to ease Lukashenko out with a constitutional change (slated for a February referendum) and replace him with some candidate that Russia can control.

With nowhere else to go, the opposition has been drawn into that geopolitical battle as it has turned to the West to up sanctions and its strategy is to make it too expensive for Moscow to support Minsk in the hope that the Kremlin will do the dirty work and also take the people’s demands into account when replacing Lukashenko. You can see this plan going wrong, but ruling out a violent colour revolution, which would almost certainly end in significant bloodshed, there doesn't seem to be a workable alternative.

Lukashenko is increasingly living in La La Land and flatly denied reports of torture by the OMON during last summer’s mass demonstrations at a marathon eight-hour press conference yesterday.

He also said that he would “leave” but also made it clear that in his version of the constitutional changes the currently powerless All Belarusian People’s Assembly would be promoted to above the president and Lukashenko intends to become head of that. These changes are not what Moscow had in mind, but at the end of the day the Kremlin doesn't have that much control over Lukashenko, who is increasingly becoming a loose cannon for the Kremlin as well as the rest of Europe.

The opposition is now in a difficult position as it has been forced to play a card that it didn't want to – and was right to reject at the beginning. The West is powerless to influence domestic politics and economic collapse is a pretty blunt tool. It could oust Lukashenko as the elite will abandon him if the economy goes into free fall, but it's not enough to just oust Lukashenko; you also need to replace him with a responsible leader like Tikhanovskaya and that is not given. In fact that is highly unlikely if the Kremlin is involved.

Bankruptcy-by-sanctions has become the default western strategy in geopolitics, as no other is available. In a recent debate on social media the pro-Ukraine/anti-Russia pundits admitted that their preferred option was to “bankrupt Russia” with sanctions, because “hopefully then it will be easier to deal with”. That is a big assumption and actually the evidence is that exactly the opposite happens. As I have written elsewhere, all the coloured revolutions have not only ousted the president, but they also smashed what institutions had been built – and some progress is made on this score even in the most authoritarian regime. That leaves a power vacuum that is rapidly filled by the most unscrupulous members of society – snollygosters and oligarchs – that leave the country worse off than before the revolution. The only exception so far is arguably Armenia where Prime Minister Nikol Pashinyan has been surprisingly successful, but Ukraine’s two revolutions have not gone well, an oligarch took over in Georgia and Kyrgyzstan’s three revolutions have been a disaster, leaving it with a mafia boss as president.

US President Joe Biden’s attempt to start building a new relationship with Putin in Geneva on June 16 could be a way of this dilemma, but in practice Washington coordinating with the Kremlin, making big concessions to Russia’s interests in Belarus and being seen to give in to Putin’s demands is a non-starter for US domestic political reasons.

So unfortunately the most likely scenario is the Belarusian crisis will drag on – possibly for years – and it is the people that will suffer as their economy is slowly destroyed.

Is Putin preparing to use Belarusian territory for another large-scale missile attack on Ukraine?

Belarus’ PM claims that fertiliser shipment problems will be solved soon
Belarus’ exiled opposition step up battle for relevance
Is Putin preparing to use Belarusian territory for another large-scale missile attack on Ukraine?