Partners in the Baring Vostok fund Vagan Abgaryan faces at least another year in jail after a Moscow judge refuses to release them to house arrest
By bne IntelliNews November 12, 2019

A Moscow court has extended the pre-trial detention for the remaining two partners in the Baring Vostok fund, Ivan Zyuzin and Vagan Abgaryan, who until January worked with Russia’s top fund manager Michael Calvey, who was also arrested and charged with fraud earlier this year.

The decision follows on from the judge’s decision to also extend the detension of Maksim Vladimirov, who worked with Baring Vostok and had his pre-trial detention extended until January last week.

The decision almost certainly condemns all three men to at least another year in detention after having spent eight months in jail, until the investigation by prospectors is completed and the case can finally come to trial.

The court has kept the men on remand as the judge concurred with the prosecutor’s argument that there was a danger they would try to “destroy documents” and “influence witnesses” if they were released. 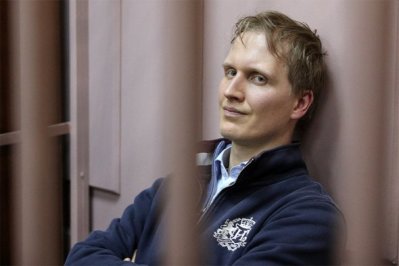 Baring Vostok partner Ivan Zyuzin has already spent eight months in jail and will probably spend another year there.

“By rejecting the appeals by Ivan Zyuzin and Vagan Abgaryan, the Moscow City Court (Mosgorsud) has once again delivered an unfounded and biased decision that contradicts logic and the law: while Michael Calvey, who is accused of organising a crime, remains under house arrest, his Russian colleagues sit in pre-trial detention without the right to even interact with their families,” Baring Vostok said in an emailed statement.

“Ivan, Vagan and Maksim Vladimirov are effectively being held in isolation and under increasing pressure in order to obtain confessions from them at any cost: the criminal case is falling apart due to the absence of an actual crime, as shown by the expert valuation commissioned by the investigation,” Baring Vostok added. “We remain certain that our colleagues are innocent, and there are no legal grounds for them to be kept in custody.”

The rulings came a week after the Moscow court extended the house arrest of Calvey and Delpal also until January 13. While both men have been released from detention, their freedoms remain extremely constrained, including limited access to their families and children.

Many senior figures amongst Russia’s liberal elite, including presidential Ombudsman for Business Boris Titov, have protested against the arrests arguing that the case is clearly a commercial dispute with Baring former partner, Kremlin-linked Artem Avetisyan, and should be settled in the arbitration courts, and not a criminal case that would require arrests and a trial.

Calvey denies any wrongdoing and says the case is being used against them in a corporate dispute over the control of Vostochniy Bank. Baring Vostok is one of the largest and oldest private equity firms operating in Russia since the early 1990s, managing more than $3.7bn in assets.