Mutual FDI in Eurasia has been dominated by Russia, but war and sanctions make the outlook uncertain 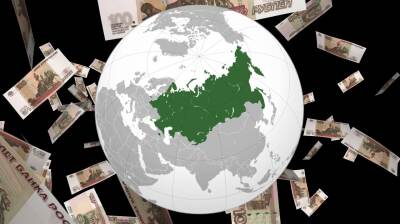 In the early years after the collapse of the Soviet Union eastern Europe was hoping western investors would remake their economies. Three decade on and increasingly FDI has become a regional phenomenon. / bne IntelliNews
By Ben Aris in Berlin January 6, 2023

The mutual Foreign Direct Investment (FDI) stock in the Commonwealth of Independent States (CIS) countries grew fast until Russia went into recession in 2012, when its GDP growth sank to zero. However, it started to recover after the recession ended in 2016. As of the first half of 2022 the mutual FDI was on track to slightly exceed that of 2021, but the outlook is now in doubt after the war in Ukraine began in February, according to research released by the Eurasia Development Bank (EDB) in December.

The mutual FDI stock in Eurasia (CIS countries and Georgia) totalled $44.6bn by mid-2022, of which Russian investors accounted for approximately 80%. Kazakhstan imported the largest amount of investments, $10.8bn or 24.3% of the total. (chart)

The mutual FDI stock in the narrower member of the Russia-lead Eurasian Economic Union (EUU) countries amounted to $24.5bn in first half of 2022. Investors in EEU countries are mostly interested in greenfield projects (up 1.6 times over the last six years) and private investment dominates (56%), according to the EDB. 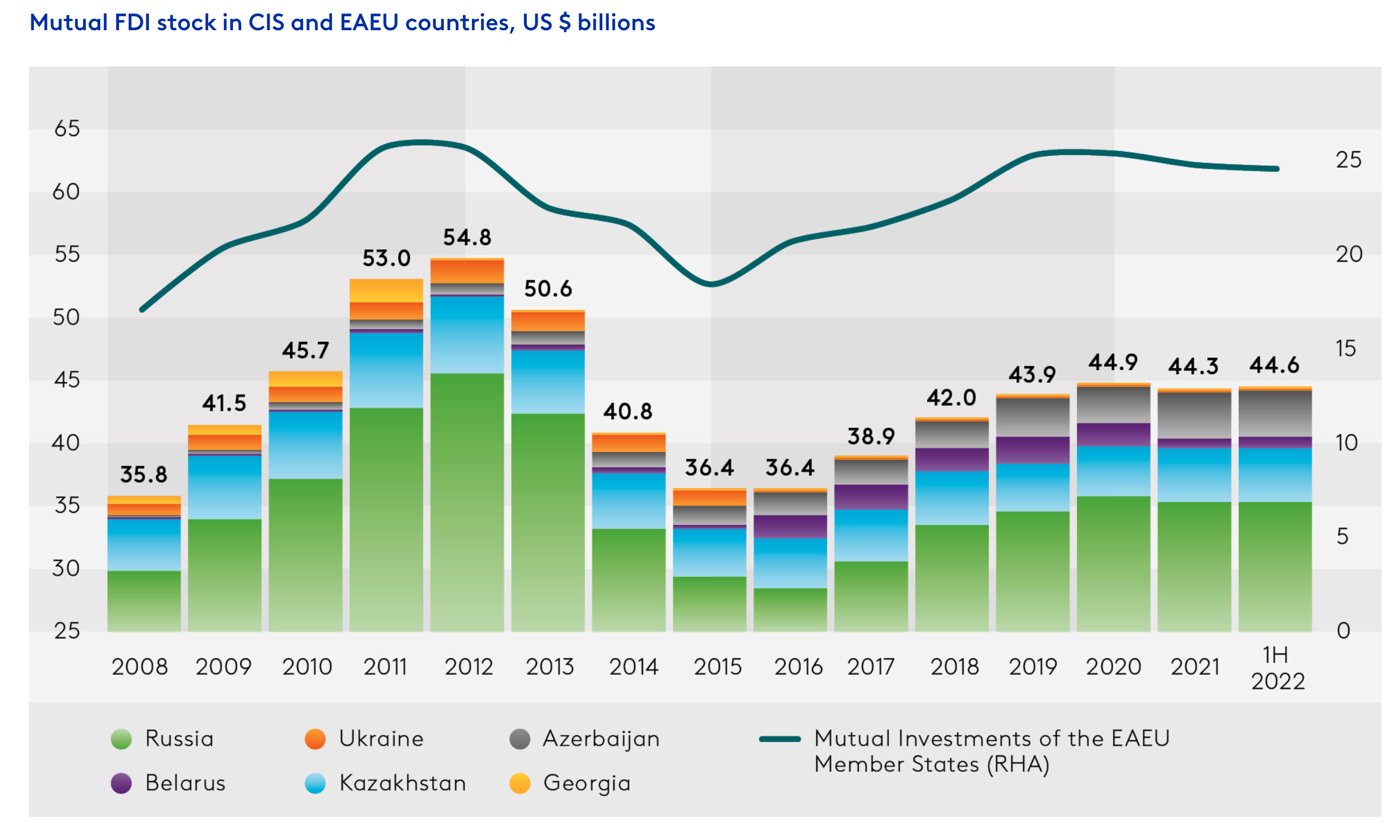 Russia is by far the largest investor in the CIS, with its FDI accounting for 79.2% of total CIS mutual investment by mid-2022. For decades Russia has been a net exporter of capital as its business invest in the “near abroad”, as Russian investors have dubbed the countries of the Former Soviet Union (FSU).

Kazakhstan and Azerbaijan come in second and third, with shares of 9.5% and 8.4% respectively. Azerbaijan is particularly active in the region, with its outward FDI amounting to 6.7% of the country's GDP. This indicates that Azerbaijani companies have increased their investment capacity and are now expanding into other CIS markets.

In the early days of the post-Soviet era, governments and businesses were expecting a flood of western FDI to come and remake their economies, but volatility and corruption stymied direct investors’ enthusiasm and apart from the countries that joined the EU, the levels of FDI elsewhere in Eurasia was low, or focused on a few mega raw materials and energy projects.

In the last decade regional governments have increasing turned inwards and begun to mutually invest into their neighbours, promoting trade and mutually beneficial infrastructure projects. In particular, Azerbaijan, Georgia and Turkey formed a golden triangle of mutual investment with each of the three playing to their mutually complementary strengths. A similar, but less pronounced, effect has been seen amongst the countries of the CIS. (chart)

“Azerbaijan is an active investor in the region. Its outward FDI amounted to 6.7% of the country’s GDP (compared to 2% in Russia). This suggests that Azerbaijani companies have enhanced their investment capacity and are now expanding into other CIS markets,” the EDB said in a report.

In 2022 there have been significant changes in the investment structure compared to 2016, with Ukraine's share declining threefold from 12.0% to 4.0%, after it broke off relations with Russia and turned to the EU instead. Uzbekistan, on the other hand, saw the largest increase in inward investment, from 11.7% to 20.1%, due to an improved investment climate following the election of Uzbek President Shavkat Mirziyoyev in 2016.

The top five FDI destinations in the CIS are Kazakhstan, Uzbekistan, Belarus, Azerbaijan and Armenia, all receiving the lion’s share of investments from Russia. Other important destinations include Russia (for Kazakhstan's FDI), as well as Georgia and Ukraine (for Azerbaijan's FDI), according to the EDB.

In addition to Kazakhstan, which accounted for 53% of Russia’s FDI in the EAEU and 30% of its FDI in the CIS as at mid-2022, Russian investors have been boosting investments in Uzbekistan and Azerbaijan. Over the past six years, Russian FDI in Uzbekistan has grown by a factor of 2.1 and in Azerbaijan 1.7, the EDB said. 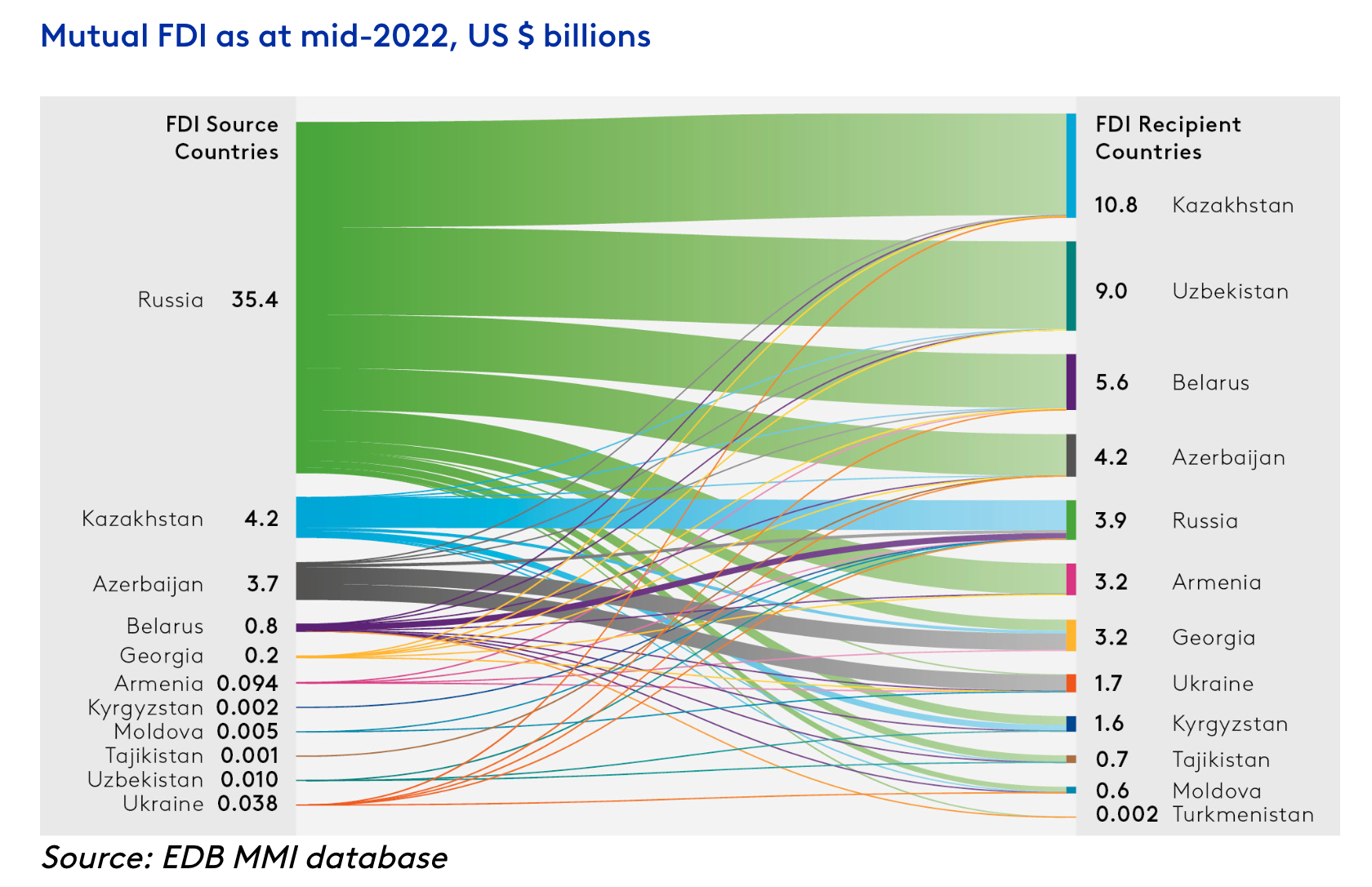 The leading corporate investor in the region is Russia’s privately owned oil major Lukoil, which has doubled its presence in Azerbaijan's Shah Deniz oil and gas project.

Intra-regional investment has largely formed the profile of the FDI made by international companies into the FSU countries, as it remains heavily concentrated in the raw materials and hydrocarbon sectors. Lukoil and the Russian state-owned gas behemoth Gazprom (including its oil production arm, Gazprom Neft) account for over 40% of the mutual FDI stock in the CIS.

The sectoral structure of mutual investments in the EEU and CIS varies. While the extraction of oil and natural gas accounts for 24% of the FDI stock in the CIS, it only ranks fourth in the EAEU, where the top investment-recipient sector is mining of metal ore (19.5% of EAEU mutual FDI).

Financial services also play a significant role, accounting for 12.4% of mutual FDI by EAEU countries. In the first half of 2022, Russia’s state-owned banking giant Sberbank was the leader in terms of mutual FDI stock in the banking sector, followed by its sister banks VTB, Gazprombank and the privately owned Alfa Bank.

There is potential for growth in mutual investments between the CIS countries and China, Iran, and the most developed Arab states. China's FDI stock in the twelve post-Soviet countries exceeded $67.5bn as of mid-2022, including $12.5bn invested in Russia, although enthusiasm for inbound Chinese FDI has cooled more recently.

Chinese investors have become more active in Russia, with China's FDI stock in the country growing by 27.4% from 2016 to 2022. Meanwhile, Iran's total FDI in CIS countries reached $1.8bn, with Azerbaijan being the main recipient. CIS investments in Iran have been small so far. The Arab countries receive more FDI from CIS countries, mainly Russia, than they invest in the region's countries.

Evgeny Vinokurov, EDB chief economist, notes three key trends in EAEU countries’ mutual investments: “Firstly, a long-term trend is increased FDI in the greenfield projects. These have grown by a factor of 1.6 over the past six years, to 32%. Secondly, FDI by 100% private investors has increased by almost 1.3 times over the same period. These projects accounted for 56% of EAEU countries’ mutual investments as at mid-2022. We believe that the share of private companies in mutual FDI could grow further, given cuts in public companies’ transboundary investments. Thirdly, transboundary green investments have great potential, but their absolute amount is still insignificant.” 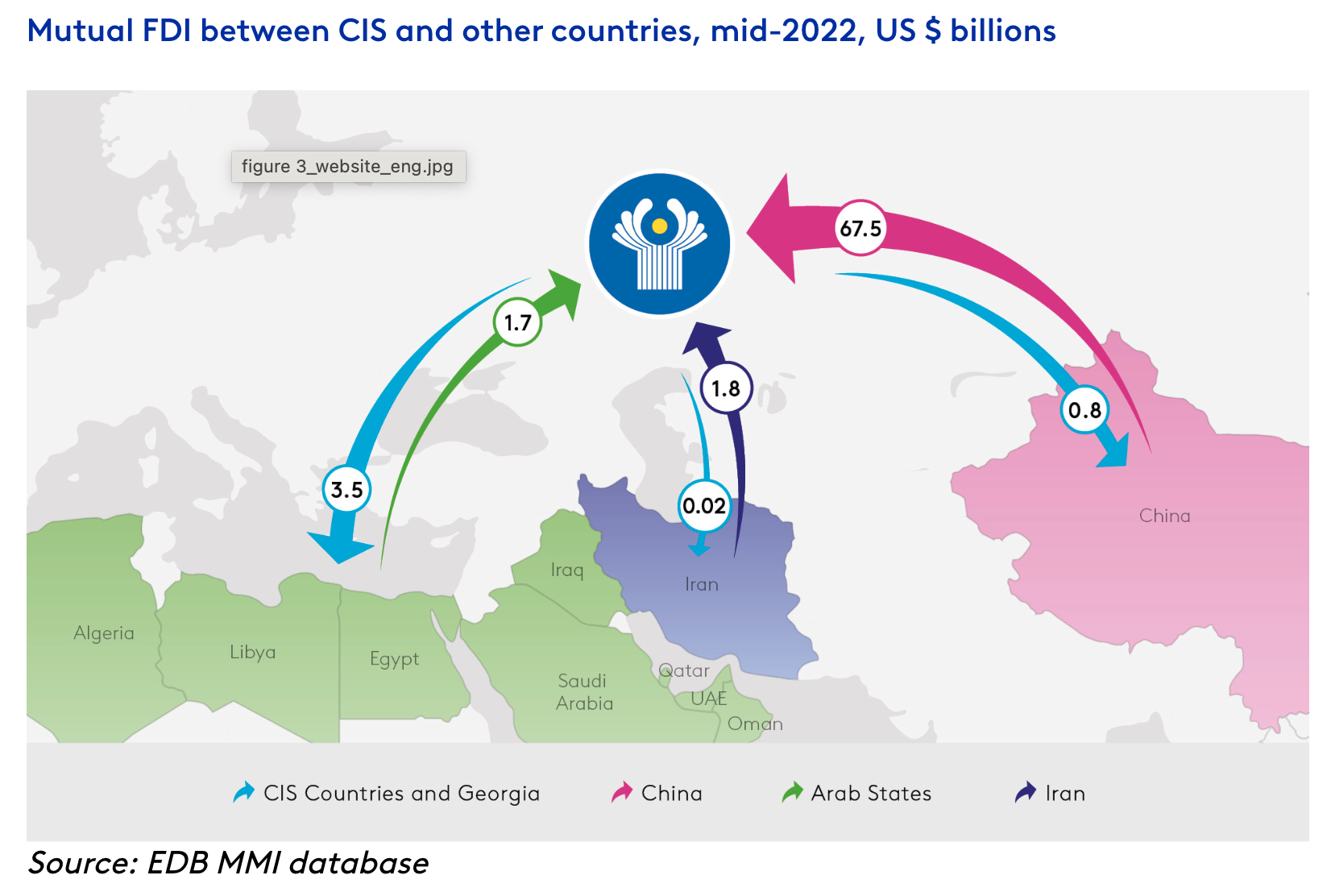 OUTLOOK 2023: South Caucasus
EBRD invests record €13.1bn into its region in 2022
NEMETHY: Key economic and financial drivers to watch in 2023

Belarus Corruption Watch: How one of Lukashenko’s 'wallets' evades sanctions
11 hours ago
Poland basks in the glory of being Kyiv’s chief ally in Europe
3 days ago
Russia forges ahead with gas ambitions in Uzbekistan, Kazakhstan
4 days ago
Mongolian government accused of rushing through veiled law that dismantles freedom of speech
5 days ago
Russia is preparing for spring mass mobilisation
5 days ago