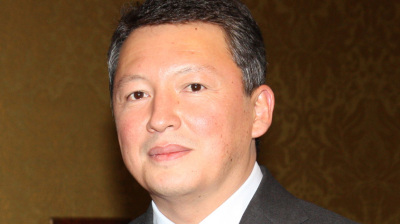 Timur Kulibayev is a billionaire who has numerous business interests in the oil trade, real estate and mining. He has long denied accusations that his wealth derives from his family connections.
By bne IntelIiNews December 4, 2020

The Kazakh elites and authorities have remained largely silent in the face of the December 3 Financial Times bombshell report alleging that Kazakh oligarch Timur Kulibayev, son-in-law of former Kazakh president Nursultan Nazarbayev, raked in tens of millions of dollars as part of a secret project linked to the construction of a natural gas pipeline from Central Asia to China.

To anyone familiar with the level of power and influence the top elites enjoy in Kazakhstan, the lack of reaction will of course come as no surprise, but it should perhaps not go unnoted.

Basing its report on leaked emails and other documents, the UK financial daily claimed that Kulibayev arranged contracts that saw Moscow-based ETK receive $53mn as part of what was a hidden scheme and that the major part of that was siphoned to a company that he controlled.

Kulibayev, a billionaire who has served on Russian energy giant Gazprom’s board since 2011, has numerous business interests in the oil trade, real estate and mining. Similar reports to the latest exposé have previously lifted the curtain on alleged connections of Kulibayev, but in those cases too the stories made no impact on the status quo in the Central Asian nation. One example is an investigation by Swiss research and advocacy group Public Eye in 2018. It suggested that major energy trader Vitol was involved in a partnership indirectly involving Kulibayev that was of major benefit to the oligarch.

Under the scheme revealed by the FT, ETK bought cheaply produced steel from China and imported it to industrial facilities in Ukraine and Russia, where pipes were made for the Central Asia-China pipeline. ETK bought pipes from the plants but, allegedly, it first sold those same plants the steel to make the pipes at a huge mark-up from the price it paid for the metal.

In one cited instance, an ETK company in Singapore allegedly agreed to buy steel produced by China’s Jiangsu Shagang at $935 a tonne and sold steel to Russian pipeline manufacturer TMK for $1,500 per tonne. ETK was said to have made a gross profit of $75mn as TMK’s contract saw a total outlay of “approximately $200mn”.

At the time of the pipeline deal, financed with Chinese bank loans, Kulibayev managed Kazakhstan’s sovereign wealth fund. It “oversaw the state companies that awarded contracts to build the pipelines across Kazakhstan,” wrote Tom Burgis, author of both the FT article and the book “Kleptopia: How Dirty Money is Conquering the World,” published in September.

Kulibayev is married to Nazarbayev's middle daughter Dinara. The oligarch has long denied accusations that his wealth derives from his family connections.

“[Kulibayev] has never had any interest or stake in any ETK entity, directly, indirectly or via any kind of nominee arrangement or similar scheme," Kulibayev’s lawyers told the Financial Times.

The newspaper report refers to emails sent between 2008-2014 and leaked by a whistleblower.
The report noted that claims about the scheme appeared similar to corruption allegations made by Kulibayev's late nephew Aisultan Nazarbayev, son of Nazarbayev's eldest daughter, Dariga.

Aisultan died of a cardiac arrest at the age of 29 in London in August, an autopsy by British authorities said.

A post script to the newspaper investigation suggests the whistleblower’s leak was verified by Aisultan Nazarbayev.