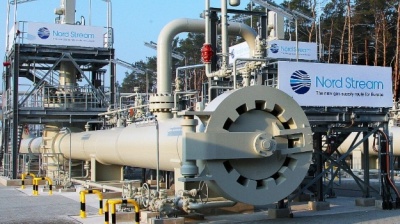 A court in Germany has ruled that Russia’s controversial Nord Stream 2 pipeline should not be exempt from EU gas market rules. Gazprom may be unable to use all of the pipeline's capacity. / Gazprom
By bne IntelliNews August 25, 2021

A court in Germany has ruled that Russia’s controversial Nord Stream 2 pipeline should not be exempt from EU gas market rules, creating a further headache for the project’s state-owned operator Gazprom. The upshot is the Russian gas monopolist may have restricted use to its own pipeline.

The ruling could mean Gazprom has to unbundle the pipeline or even limit how much gas it sends through it. But while a setback, the decision will not prevent Nord Stream 2’s imminent completion.

The EU introduced an amendment to its gas directive in May 2019 to extend the bloc’s market liberalisation rules to pipelines to and from third countries such as Nord Stream 2. It was up to the discretion of EU member states connected to those pipelines, in this case Germany, to apply the rules. And German regulator Bundesnetzagentur in May last year chose not to grant the Russian pipeline an exemption.

Gazprom challenged this ruling in the Duesseldorf Higher Regional Court last year but was unsuccessful. It then took the matter to an appeals court in Duesseldorf, but that court has now rejected its appeal.

Devil in the detail

The amendment to the EU gas directive only applies to pipelines that were incomplete as of May 2019, and this is where the contention lies. German regulators took that to mean the literal completion of construction, and at that time, only just over half of Nord Stream 2 had been laid. However, Gazprom asserts that Nord Stream 2 should have been counted as complete, given it had already committed to the project financially, sinking billions of dollars into it.

“On the effective date of May 23, 2019, the pipeline was completed from the perspective of economic functionality,” the Gazprom-owned Nord Stream 2 AG operating company told NewsBase. “Based on the applicable legal framework at that time, the company had made investments worth billions of euros long before the European Commission announced its plan to amend the EU gas directive.

Nord Stream 2 AG has reiterated that it regards the EU gas directive amendment and the subsequent regulatory ruling in Germany as discriminatory against the pipeline.

Indeed, some of the biggest supporters of the amendment among EU member states and other countries are also some of the most vocal opponents of Nord Stream 2, such as Poland and Ukraine. Both countries fear that the pipeline’s launch will result in greater Russian political influence in the heart of Europe, and the loss of revenues they receive for transiting Russian gas.

“It will be a hard battle. The Kremlin has been blackmailing Europe with gas shortages in the winter period,” he said. “Some Western government officials don’t want to realise or pretend they don’t realise what European rules actually mean.”

Nord Stream 2 AG told NewsBase it was evaluating the court’s decision and would announce its next steps at a later stage. The company is also in the process of challenging the EU amendment in the Court of Justice of the EU and under the Energy Charter Treaty, it said.

These efforts will take time, however. And the ruling likely means there are no legal grounds for Nord Stream 2 AG to be certified as an independent transmission operator in Germany. Certification is a necessary step for the pipeline to start flowing gas, and without a certificate delays are possible.

Naftogaz’s Vitrenko, who is a staunch enemy of the pipeline and who did most of the leg work in the battle against Gazprom in the Stockholm arbitration court that led to a multi-billion award against Russia paid to Ukraine over past gas payments, said on social media on August 25 he believed the pipeline would not get certification and so could be used despite being physically complete.

Gazprom recently said it expected Nord Stream 2 to be up and running by mid-October and flow as much as 5.6bn cubic metres of natural gas by the end of the year. Many European gas consumers will be looking forward to this extra supply coming on stream, given the sharp spike in wholesale gas prices on the continent in recent months, which have topped $500 per thousand cubic meters – prices normally seen in the winter months and not in the summer.

The ruling means that Nord Stream 2 will have to comply with EU unbundling rules, which state that a single company cannot own both a pipeline and the gas that flows through it. Whether this means Gazprom will have to divest the pipeline is unclear at this stage.

The Russian company may also have to auction off some of Nord Stream 2’s capacity to other companies, and limit its own use of the pipeline's 55 bcm per capacity. Russian law states that only Gazprom can export gas via pipeline, and this is unlikely to change as Moscow wants to avoid competition between Russian gas suppliers in European markets, which would drive down its revenues. Therefore no companies would be legally able to take part in the auctions it holds for Nord Stream 2’s capacity.

But that is exactly the outcome that Ukraine is hoping for. Sergiy Makogon, CEO of GTSOU, told bne IntelliNews in an exclusive interview that one of the reasons why Ukraine has stopped buying gas from Russia and switched instead to importing it from its EU neighbours to the west is that because of the lack of competition, Gazprom can set any price it likes for Russian gas.

While on paper the Western-sourced gas is more expensive than Russian gas, in practice the prices are the same, as Gazprom can set the price. If other Russian gas producing companies were given access to the export pipelines then the competition between them – and several of the Russian gas producers are privately owned – should drive prices down. Opening up Nord Stream 2 to Russian competition could force the unwanted competition on Gazprom and change the calculus of buying gas from Russia, according to Makogon.

At the same time, halving Gazprom’s access to Nord Stream 2 would also mean that Russia has insufficient pipeline capacity to meet EU demand and contracts for gas without continuing to export some gas via Ukraine’s pipeline system.

This article was produced by bne IntelliNews' sister publication Newsbase.com that covers global energy issues. See a list and description of NewsBase products here and then sign up to a free two week trial here.

NEMETHY: Is the world heading towards a “polycrisis”?
Polish factories remain in downturn mode in September
Poland’s inflation unrestrained in September at 17.2%, flash estimate shows

Each morning, food distributor Suren Bat-Tur goes to the Bars wholesale food market in Ulaanbaatar to purchase produce for resale. Lately, the mushrooms, coriander, tomatoes and other grocery items he buys have hit eye-watering prices.

Orban faces perfect economic storm of his own making

Hungary’s radical right-wing leader is struggling to cope with the country’s unfolding cost of living crisis, a task made much harder because of his pre-election spending spree and his isolation inside the European Union.

As the current rotating president of the European Union, Prague has convened a meeting of the long moribund EU Israel Association to try to boost EU links with the Jewish state.