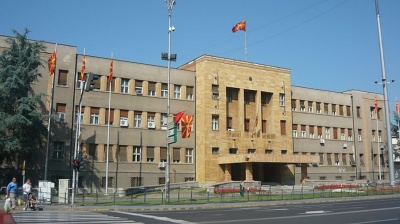 By Valentina Dimitrievska in Skopje June 10, 2020

North Macedonia’s government adopted a decree on June 10 that opens the way for general elections to be held on July 5.

The authorities initially scheduled the snap elections for April 12, but postponed them due the coronavirus (COVID-19) pandemic in March.

Former PM Zoran Zaev resigned in early January because he was disappointed after the European Commission failed to set a date for the country to start the EU accession talks. Since then the country has been led by an interim government under Oliver Spasovski including members of the opposition VMRO-DPMNE. The parliament was dissolved in February to open the way for snap elections.

“With the decree, the government obliges the Ministry of Interior to submit to the state election commission a list of persons who will turn 18 by the day of the elections, which is the 22nd day after the end of the state of emergency,” the government said in the statement.

The state of emergency, which was extended for 14 days on May 30, will end on June 13 which means that July 5 is the election date.

"On the date of entry into force of this Decree, the State Election Commission and the State Statistics Office are obliged to continue to update the voter list which terminated on March 21," it added.

However, July 5 is not acceptable for the opposition VMRO-DPMNE which argues that there are still no conditions for voting, due to the rising number of new coronavirus cases.

125 new coronavirus cases were registered in North Macedonia only in the last 24 hours bringing the total number to 3,367, while 164 people lost their lives.

Interior Minister Nake Culev, who comes from the ranks of VMRO-DPMNE, was the only minister to vote against the government’s decree on the election process.

Earlier this month, Spasovski said that there is no need for the extension of the state of emergency imposed due to the coronavirus epidemic and that the elections will be held on July 5.

Leader of the governing Social Democrats Zoran Zaev has repeatedly said that the elections must be held as soon as possible for the country to get functional institutions.

COMMENT: Why the Balkan region should be on investors’ radar screens
COMMENT: Interest rates during the pandemic. Going negative?
North Macedonia’s ruling SDSM and DUI close to agreement on new government

Ladies' Night as Belarus protests go into day four
12 hours ago
500 Belarus IT CEOs threaten to move their business out of the country unless violence ends, new elections are held
13 hours ago
Iran hails claimed coronavirus vaccine breakthrough
1 day ago
EBRD seriously concerned by indictment against Moldova’s Victoriabank
22 hours ago
Opposition leader Svetlana Tikhanovskaya forced to leave Belarus as protests go into their third day
1 day ago