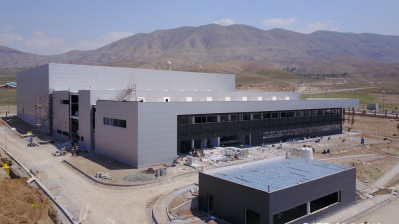 The plant's production line is expected to meet at least 30% of Iran's insulin needs in its first phase.
By bne IntelIiNews September 1, 2020

Iran’s pharmaceutical industry is known as one of the most localised in the world, with generic copies of major medicines often produced in the country.

The production line comes as the number of cases of type two diabetes continue to increase in the country. Around 5mn people among the Iranian population of around 83mn are now recognised as having either Type 1 or Type 2 diabetes, while 18% of the population is thought to be ‘pre-diabetic’.

Novo Nordisk estimated that the investment project would cost €70mn.

The opening of a major foreign company production line could be taken as a nod and a wink to Iranian authorities that there may be light at the end of the tunnel if US President Donald Trump is turfed out of office by voters in November. His opponent Joe Biden is opposed to the crushing sanctions campaign being waged against Iran, a campaign that has meant swathes of foreign investors leaving Iran or giving up on it as an investment destination. Though very extensive, the sanctions regime does not directly target the food and humanitarian sectors of Iran.

“Today we are witnessing the inauguration of one of the most important projects since the [1979 Islamic] revolution with the joint investment of Iran and Denmark,” Namaki said.

It is estimated that the production line will meet at least 30% of Iran’s insulin needs in the first phase, while it will target some additional regional needs in later phases.

Novo Nordisk will use the line to produce 25mn insulin pens in the first year and another 45mn pens in the second year.

The company has been operating on the Iranian market since 2005, with a representative office in Tehran and a presence in other cities.

The Japanese government and the United Nations Industrial Development Organization (UNIDO) have signed a funding agreement for a project to promote the sustainable development of the tuna value chain ... more

Iran is assessing a European Union proposal for an informal meeting between current members of the 2015 nuclear deal and the US, but has yet to respond to it, Iranian Deputy Foreign Minister Abbas ... more