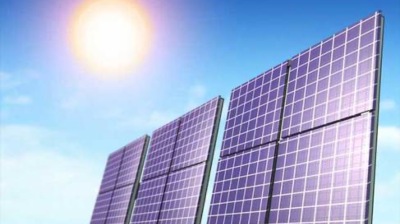 Germany took its nuclear power plants offline and those in France are in disrepair, dragging nuclear's share in the OECD power mix to record lows. But a blazing hot summer saw solar's share leap to its highest level ever. / bne IntelliNews
By bne IntelliNews September 16, 2022

Germany’s decision to take its nuclear power plants (NPPs) offline, coupled with production problems with France’s NPPs, saw the share of nuclear power in the OECD countries year to date fall to its lowest level ever. But that was offset with the share of solar leaping to its highest level thanks to the record-high temperatures this summer, the International Energy Agency (IEA) said in its monthly update on September 15.

Electricity production from renewables was responsible for most of the growth in electricity generation (+7.5% YTD), led by strong wind and solar output, respectively up by 20.2% and 21.4% on a year-to-date basis.

Significant capacity additions for these two technologies have indeed been introduced across several OECD countries throughout the first six months of the year, the IEA said.

Nuclear electricity production in the OECD decreased by 4.1% or 36.3 TWh YTD, because of reduced nuclear output after NPP shutdowns in Germany and Belgium as well as extended maintenance operations in France over the first half of 2022.

Electricity production from fossil fuels was stable at 495.7 TWh in June 2022, almost unvaried compared to June 2021 (-0.8% year on year). Electricity generation from coal decreased by 6.4% y/y, mainly because of lower output in the OECD Americas (-15.1% y/y), partly compensated by increased output in OECD Europe (+ 11.2% y/y). Conversely, electricity production from natural gas went up by 2.0% y/y, with positive increases being registered in all the OECD regions.

Production from nuclear continued to decrease (-16.7% y/y), reaching a record low share of 16.8% in the electricity mix.

Conversely, production from renewables kept increasing (+6.2% y/y), driven by wind (33.6% y/y) and solar (17.6% y/y), thanks to the record hot summer. European production from solar achieved a record high share of 10.7% in the electricity mix. 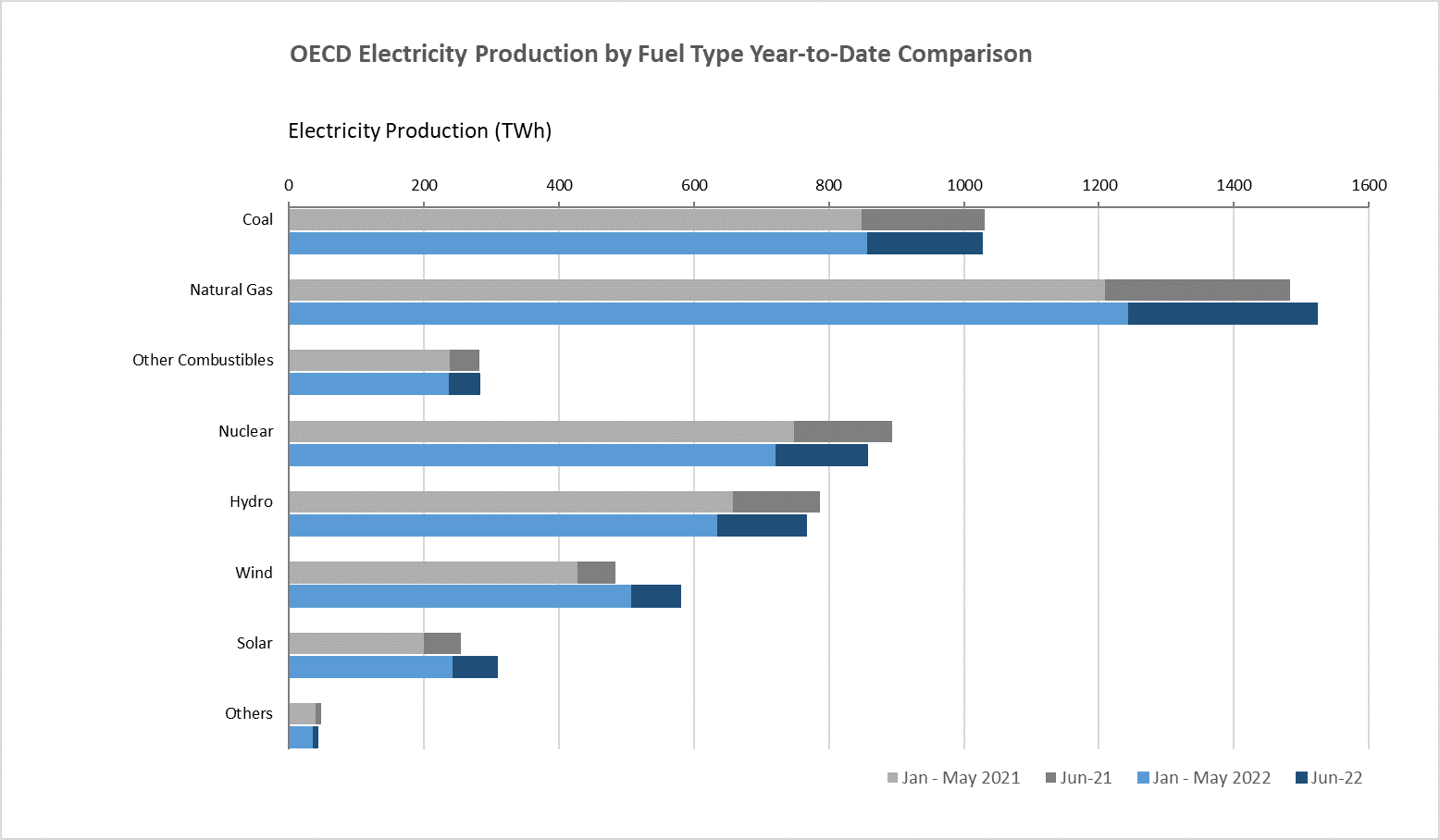