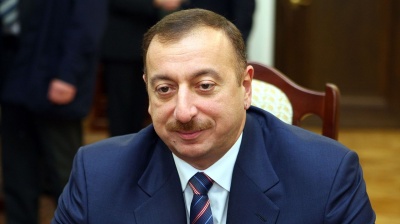 Members of the Parliamentary Assembly of the Council of Europe have called for the organisation to investigate the torture case under the rule of President Ilham Aliyev. / bne IntelliNews
By Cavid Aga in Baku September 6, 2022

The number of Azerbaijani soldiers tortured or otherwise abused in the notorious Tartar treason case is now estimated at 405.

The General Prosecutor of Azerbaijan revealed on 5 September that 288 new persons who were subjected to torture and other illegal acts connected to the Tartar treason case have been identified, recognised as victims, and fully and comprehensively interrogated on the circumstances of the case. In total, 405 victims of criminal cases have now been identified .

The Tartar affair in May-June 2017 in the Tartar district of Azerbaijan involved mass torture of military personnel who were suspected of spying for Armenia.  More than 100 servicemen were tortured during the investigation of the affair, Lieutenant General of Justice Khanlar Valiyev, deputy prosecutor general and military prosecutor of Azerbaijan, admitted to local media  in November 2021. According to human rights activist Oktay Gulaliyev, nine servicemen died, unable to withstand the torture. Most of the convictions produced by the torture of the suspects have subsequently been annulled.

In December 2021, after the investigation on the Tartar case was renewed, the number of those brought to criminal responsibility for torture reached 17 people. 12 of them have been remanded in custody. One person is currently wanted. Four more people were already in prison before the proceedings were renewed.

During the investigation of the criminal case, Orujov Bekir Shirin oglu and Ahmadov Ramil Bashir oglu were charged with offences including intentional serious harm to health resulting in the death of the victim, unlawful deprivation of liberty, torture, cruel, inhuman or degrading treatment or punishment not amounting to torture, abuse of official duties, and were remanded in custody.

Bekir Orujov is a high-profile military officer with the rank of major-general. He headed the military high school named after Jamshid Nakhchivanski until September 2021 when he was appointed Head of the Department of Ideological Work and Moral-Psychological Support of the Main Department of the Ministry of Defence. He was the deputy of Mais Barkhudarov, another major-general and commander of the 2nd Army Corps of Azerbaijan during May 2017, when the first tortures began. The charges against him cover the period of service in the Beylagan district. According to the information obtained by Meydan TV from the court, Orujov said that he was not guilty and that he was not involved in the Tartar tortures. Orujov is the only general who has been punished for the Tartar events so far.

Another accused officer, Mammadov Rahib Ramazan oglu was ordered to be detained by the court's decision. Mammadov studied international law at Odlar Yurdu University, served as a justice major and as a military lawyer in a military unit deployed in the front zone. He was the deputy head of the 2nd investigation department of the Ministry of Defence and assistant to Mais Barkhudarov of the 2nd Army Corps for legal affairs like Orujov. He is a member of the Azerbaijan Writers' Union, a laureate of the "Golden Pen" award and the "Flag of Azerbaijan" order.

24 members of the Parliamentary Assembly of the Council of Europe expressed the need for an investigation into the facts of the large-scale torture in the Tartar case on 16 June 2021. The initiator of the move was Italian MP Roberta Rampi. The Council of Europe focuses on human rights, democracy and the rule of law.

"The assembly should appoint a rapporteur to look into the cases of torture and inhumane treatment and evaluate Azerbaijan’s compliance with articles 2 (right to life), 3 (prohibition of torture), 6 (right to a fair trial) and 13 (right to an effective remedy). The assembly should urge the Azerbaijani authorities to uphold the European Convention on Human Rights and cease all torture, inhumane and degrading treatments of prisoners," the statement said.