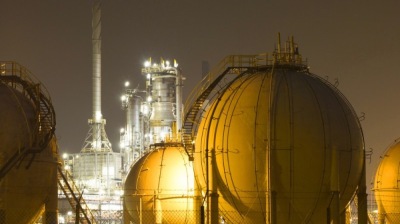 Gradually phasing out Russian gas sales to Europe will only push the prices up and make the Kremlin even more money, according to a new report. / wiki
By bne IntelliNews April 26, 2022

EU efforts to gradually reduce Russian gas imports over time will only bolster Moscow’s revenues by driving prices upwards, Mike Fulwood, a senior fellow at the Oxford Institute for Energy Studies (OIES), warned in a paper published earlier this month. Instead, the bloc faces a binary choice of either ending Russian gas imports immediately, albeit at great cost to its economy, or making it clear that supplies under long-term contracts will continue, and, where possible, buyers should take as much gas as possible, bringing prices down.

The European gas market tightened significantly towards the end of last year, causing wholesale prices at trading hubs to spike. But while prices have risen during this year, the global gas market has in fact loosened this year, with European demand down 7% year on year, LNG demand outside Europe down 9%, and global LNG supply up 3.5%. As such, Fulwood argues that recent price spikes do not reflect the market reality but the risks associated with Russian supply.

“The conclusion must therefore be that high prices in the last few months have been catalysed not by market reality but by the uncertainty over the possible invasion and then the actual invasion of Ukraine, with the possibility of disruption to the flows of gas from Russia,” the expert writes. “Statements from Russian ministers that gas supplies to Europe could be curtailed in response to sanctions, the EU’s REPowerEU plan to drastically reduce imports of gas from Russia this year and the decree from President Putin that all payments for gas from ‘unfriendly’ countries should now be in rubles have all served to spike prices briefly before some easing on the news that flows from Russia are being maintained at much higher levels than before the invasion.”

As Fulwood notes, Russian gas flow to the EU ramped up dramatically almost as soon as Moscow’s invasion began, as day-ahead prices on the spot market became more expensive than month-ahead prices under long-term contracts, incentivising buyers to increase supplies under the latter.

“The EU has a binary choice now and neither option includes continuing with the current fudge of reducing Russian imports gradually, as that won’t reduce revenues to Russia,” he argues.

The first option, he says, would be imposing sanctions on Russian gas and stopping flow completely.

“The resulting issues surrounding breach of contract or possible force majeure would keep lawyers employed for years,” he says. “Nevertheless, this action would immediately stop Russian revenues, albeit at a likely heavy cost to European economies and potentially very large further increases in gas and electricity prices to consumers.”

“There would also be severe knock-on effects to gas prices to all the world’s importers, raising their energy costs – particularly damaging to developing countries,” he continues. “In addition, this could well last for a long time and impact global energy costs until the end of the decade or beyond. Even the surge in LNG supply from the mid-2020s onwards plus more FIDs taken in the next couple of years may still not be enough to replace the lost supply from Russia.”

The second option, he says, would be for the EU or national governments “to be absolutely clear that they will continue to take all the gas from Russia under the long-term contracts and, to the extent possible, encourage the buyers to nominate the maximum possible under the contracts. With more supply on the market and, hopefully, more certainty, that could bring prices down substantially and do more to reduce revenues to Russia and have a much greater impact than many sanctions already imposed.”

The situation of uncertainty today is the “worst of all worlds, and is keeping prices high and, as a consequence, keeping Russian revenues from gas at record levels,” he says.

Continuing to abide by Russian contracts would not “remove the uncertainty that Russia may choose to curtail flows, but it would at least provide certainty to the market from the perspective of the EU and European buyers,” he says. “Additionally, if Russia cuts off European buyers, then any negative consequences can be laid firmly on president Putin, whereas if the EU stops the flows, with significant consequences for global gas prices, much of the world would be severely impacted, and the blame directed towards the EU."

The economics of herding in Mongolia
21 hours ago
EXPLAINER: how a price cap on Russian oil might work
1 day ago
Russia catches a nasty dose of the Dutch Disease
1 day ago
Sky-high inflation forces more Russians to take out “pay-day” loans
4 days ago
Death of China-to-Russia cargo transit routes means it’s all aboard for Kazakhstan
4 days ago