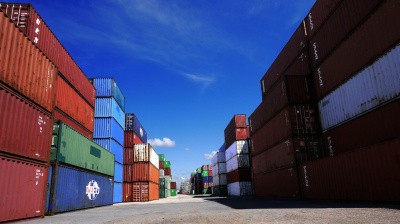 With the unprovoked military intervention in Ukraine, Russia has been isolated economically and politically due to the Western-imposed sanctions. But while the sanctions banned Russia from trading with the Western states, particularly in the energy field, some nations still prefer to maintain trade relations with Moscow. Countries like Iran, China and India are seeking to strengthen trade turnover by pushing the International North-South Transport Corridor (INSTC) project for a better connection via a multimodal transport network that spans rail, road, and sea.

During the recent 6th Caspian Sea Summit, Russian President Vladimir Putin described the INSTC project as a "transport artery from St Petersburg to ports in Iran and India”. The 7,200 km long transit corridor route aims to ease the connection of the Caspian region with the Indian Ocean and foster trade relations with the Asian market amid harsh economic sanctions.

The legal basis for the INSTC was provided during the Euro-Asian Conference held in St. Petersburg back in 2000 by Iran, India and Russia, with numerous other countries, including those from Central Asia and the Caucasus, supporting the initiative. Now, international experts say this project could become an alternative to the Mediterranean-Suez Canal route, which will allow Russia to bypass waters dominated by its Western rivals. It also has the potential to become a path for large volumes of global trade, as bypassing the Suez Canal will help countries like Iran and India avoid long shipment delays.

India’s close trade partnership with Russia and import of Russian fossil fuels came at the cost of India-US relations. Since the outbreak of the Ukraine war, India has refused to cut energy imports and trade relations with Russia. India avoided criticising Russia, aligning itself with Iran and China. As a result, in early June, India, Iran and Russia agreed on setting up a trial for goods shipment via the INSTC route following Iranian Foreign Minister Hossein Amirabdollahian's visit to India on June 8 and a call between Putin and Iranian President Ebrahim Raisi. Reportedly, on June 11, two 40-foot containers of wood laminate sheets left St. Petersburg for Astrakhan Port in southern Russia. The containers then travelled onwards to the Iranian ports of Anzali on the Caspian Sea and Bandar Abbas on the Persian Gulf; they are due to reach the west coast of India in early July.

For Iran, the INSTC route means a lot in terms of additional investments for its flagship Chabahar port on the southeastern coast, while for India, it is an opportunity to bypass the territory of Pakistan – its sworn enemy. However, due to long-term international sanctions and infrastructure problems, Iran's Chabahar port has also struggled to attract adequate traffic levels for ship operators. Nevertheless, the port's strategic importance for Tehran seemingly outweighs economic interests.

With the new realities, India and Iran will attempt to boost trade turnover via the INSTC in order to attract more investments and operators from the Central Asian region by increasing connectivity with the seaports of Chabahar and Bandar-Abbas, a joint-owned Iranian-Russian port in Astrakhan, via new roads and rail routes, and vice versa. Moreover, the new route will help Russia and India increase trade volumes, as the two partners saw bilateral trade soar nearly 46% between April 2021 and February 2022 to $11.9bn, according to available data.

For the Eurasian Economic Union (EAEU) region the transport corridor has special significance both as an important alternative economic development corridor and as a response to the economic and political influence of the European Union (EU). Therefore, it is safe to note that when it starts functioning in full capacity with rising trade turnover, the competition between the INSTC (Iran, Russia, India) and the EU will intensify. For Iran and Russia — both countries that have stagnated economically — the INSTC route also offers cheaper rates. According to a study by the Federation of Freight Forwarders Associations in India (FFFAI), the route is "30% cheaper and 40% shorter than the current traditional route”.

From the perspective of India, as mentioned above, the INSTC project has a political and economic impact. Financially, India is interested in further developing the INSTC as New Delhi has already invested around $2.1bn in the renovation of Iran's Chabahar port and the construction of a 500 km Chabahar-Zahedan railway line. The participation in the INSTC and deep engagement with Chabahar port enables India to keep a close eye on Chinese activity at Pakistan’s Gwadar Seaport, which is just 72km away, and make further inroads to Afghanistan through Iranian territory, as well as the wider Eurasia region. Thus, India will be able to play a greater role in the reconstruction process of war-torn Afghanistan following the US withdrawal and attract more investments from Central Asian countries.

Though the INSTC project is less ambitious than China-led Belt and Road Initiative (BRI), it still can be considered an alternative project. In addition to political difficulties, some technical problems also put the prospects of the INSTC under question, such as the unfinished railway sections in Iran and Armenia, the two key states undertaking the bulk of overland freight, different customs regimes, and high harbour duty rates charged by the Caspian ports.

Also, the Western-imposed sanctions on Russia and Iran and increasing pressure on India will make it difficult for other partner countries to join or invest heavily in this project as it may hinder their relations with the US.

Given these facts, it is safe to note that the INSTC offers a geostrategic counter to China and the Western sanctions, even though the project is still in its nascent stages of operationalisation.

Fuad Shahbazov is a Chevening FCDO scholar at the University of Durham School of Government and International Affairs (SGIA).

Turkmenistan: Small stature, big statue
Iran denies setting up combat drone factory with Russia
COMMENT: The new Cold War will be different, and not only because of China

ING: Hungarian retail sales suffer from record inflation
21 hours ago
ING: Romanian consumers shrug off pessimism into year-end
1 day ago
CENUSA: Bringing Ukraine, Moldova and Georgia closer to the EU: a multi-speed progress.
1 day ago
NEMETHY: How the Battle for Ukraine may change Europe
1 day ago
COMMENT: The new Cold War will be different, and not only because of China
2 days ago