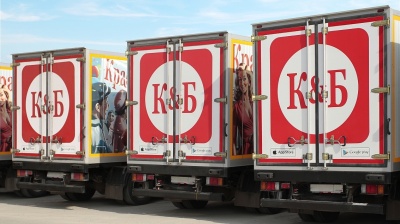 Mercury Retail Group, which controls the Red & White Russian wine retailer and distributor, has announced its preparations for an initial public offering (IPO) of global depositary receipts (GDRs) and to list on the Moscow Exchange, in line with previous reports that it is performing due diligence on the chain with over 8,800 outlets.

Mercury is the owner of both Red & White and the Bristol food chain, and is focusing on its ultra-convenience store format as it continues expansion of what is already Russia's third-largest store network by sales. Under the two banners Mercury Retail operates more than 14,000 stores in 68 of Russia’s 85 regions.

Igor Kesaev, Sergei Katsiev and Sergei Studennikov plan to IPO up to 15% of Mercury, with a possible follow-up secondary offering (SPO) raising the free float to 25-30%, as reported previously.

Reportedly, the valuation of the two chains could amount to $20bn-25bn, according to the market sources of Kommersant daily, which would result in an IPO of 10-15% of the company's shares worth up to $2bn, the largest in the ongoing Russian IPO boom.

Analysts surveyed by Kommersant previously said they believed that an IPO of merged Bristol and Red & White would be more attractive, but noted the governance complications that could arise from such a merger.

Previously Dixy, Bristol and Red & White merged their assets in 2019 to create Russia's third-largest retailer. As reported by bne IntelliNews, the owners of Red & White have just sold Dixy to market-leading Magnit, as the Russian retail segment is seen growing mostly through consolidation.

Mercury could also see a powerful catalyst for growth should Russia allow online sales of alcohol, which has been discussed by watchdogs since 2020.

This year Russian variety discounter Fix Price went public on March 5 at a price of $9.75 per GDR, implying a market capitalisation of $8.3bn, with the shareholders raising $1.7bn and bringing the free float to 21.3%.