PANNIER: At Shanghai Cooperation Organisation summit, watch the action on the sidelines 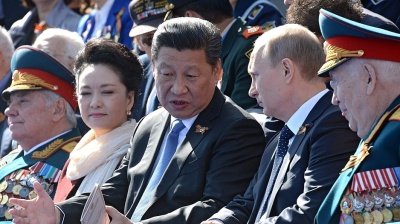 The legendary Silk Road city of Samarkand, in Uzbekistan, is the venue for the September 15-16 summit of the Shanghai Cooperation Organisation, or SCO.

There will be a great deal of international attention given to the event as it brings together the presidents of member countries Russia, China, Kazakhstan, Kyrgyzstan, Tajikistan and Uzbekistan, as well as the Indian and Pakistani prime ministers, the presidents of observer countries Iran, Belarus, and Mongolia, and some invited guests, namely the leaders of Turkey, Azerbaijan, Armenia and Turkmenistan.

It will make for an impressive group photo.

But it is an unwieldy group that will find it difficult to reach consensus on major international political issues, such as Russia’s invasion of Ukraine, Beijing’s brutal crackdown on Muslims in Xinjiang, the Line of Control along the Pakistani-Indian border and the situation along the Sino-Indian border.

The most important discussions and agreements at the Samarkand summit are likely to be those that happen on the sidelines of the event concerning regional connectivity, and the odd men out are Russia and Belarus.

Chinese leader Xi Jinping has a wonderful opportunity to lobby for the expansion of the Middle Corridor, a route that connects China to Europe through Central Asia, the South Caucasus and Turkey.

The Middle Corridor is addressed by China’s Belt and Road Initiative (BRI), though it is often difficult to distinguish parts of BRI from the six corridors of the Asian Development Bank’s Central Asia Regional Economic Cooperation (CAREC) project.

With Russia under Western sanctions in response to the Kremlin’s war on Ukraine, the traditional trade routes from Central Asia to and through Russia have been disrupted.

The process of opening up the trans-Caspian section of the Middle Corridor has already started.

Tokayev went to Turkey in May and Turkish President Recep Tayyip Erdogan visited Uzbekistan at the end of March.

Trade and transport were major topics during all these visits.

Turkey’s relations with the Central Asian states have been improving in recent years and since Russia launched its attack on Ukraine, Turkish-Central Asian cooperation, including in the military and security spheres, has been advancing rapidly.

The new railway link from northeastern Kazakhstan through Turkmenistan and Iran to Turkey started operation during the summer.

The leaders of Tajikistan, Turkmenistan and Kazakhstan all made official visits to Iran between late May and mid-June, with trade and transport routes high on their agendas.

China, Kyrgyzstan and Uzbekistan are expected to sign an agreement to finally construct the China-Kyrgyzstan-Uzbekistan (CKU) railway line, a project that has been discussed for some 30 years.

That line will also connect through Uzbekistan to the Afghan railway line that currently ends in the northern Afghan city of Mazar-i-Sharif.

Uzbekistan and Pakistan would like to see that railway line extended through Kabul and on to Peshawar, and from there to Pakistani ports on the Arabian Sea.

Representatives of Uzbekistan, Pakistan and Afghanistan signed an agreement on the 573-kilometre railway in February 2021. Uzbek President Shavkat Mirziyoyev discussed the project with then-Pakistani PM Imran Khan in Tashkent in July 2021, on the sidelines of the SCO annual summit that took place in Dushanbe in September 2021, after the Taliban regained power in Afghanistan, and when Mirziyoyev visited Pakistan in March 2022.

The summit in Samarkand will be the first time Mirziyoyev can personally discuss the railway project with new Pakistani Prime Minister Shehbaz Sharif.

Mirziyoyev will likely congratulate Indian Prime Minister Narendra Modi on the successful opening of a trade route between the two countries earlier this year.

In March, a private Indian company shipped 140 tonnes of mainly sugar to the Pakistani port of Karachi where it was loaded onto trucks that took the cargo through Afghanistan to Uzbekistan, and in May, Uzbekistan sent a shipment to India using the same route.

Uzbekistan and India are hoping the potential of this route can be expanded.

Afghanistan has SCO observer status but it has not been listed as sending any representatives to the Samarkand summit. No country has yet recognised the Taliban government and the government of SCO member Tajikistan refuses to deal with the Afghan militant group, one reason why the Taliban were not invited to send representatives to last year’s SCO summit in the Tajik capital.

There are also the potential meetings that could come on the sidelines of the conference. But the major results will likely be in trade and connectivity, both bilateral and multilateral, involving mainly the Asian countries represented at the summit whose economies have been hurt by Russia’s actions in Ukraine.

COMMENT: The new Cold War will be different, and not only because of China
Hawkish Iran helped stop larger Azerbaijani attacks says Armenia
EU authorises another monitoring mission to Armenia-Azerbaijan border

"If the EU institutions do not ensure that the progress achieved by Ukraine, Moldova and Georgia are fully impartial, they will be doing them a disservice. Their path towards Europeanisation must not be subjectivized or romanticised.

CENUSA: Bringing Ukraine, Moldova and Georgia closer to the EU: a multi-speed progress.
1 hour ago
NEMETHY: How the Battle for Ukraine may change Europe
11 hours ago
COMMENT: The new Cold War will be different, and not only because of China
19 hours ago
PANNIER: Uzbeks, Kyrgyz cooperating to level unthinkable 10 years ago
7 days ago
PANNIER: A very Turkmen coup
11 days ago