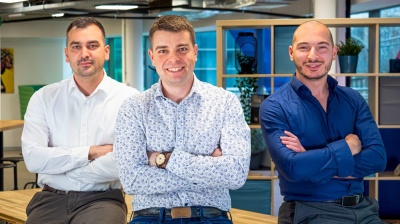 Bulgarian paperless expense management provider Payhawk said on March 1 it has reached a valuation of $1bn, becoming the first unicorn in the country, after raising an additional $100mn to extend its Series B round to $215mn. The fundraising was led by US investment firm Lightspeed Venture Partners.

“The company plans to become a catalyst for the Bulgarian startup ecosystem, and continue to attract and retain the top 1% of talent in the market,” the company said in a press release.

The funds will be used to expand the fintech's workforce, with the addition of 60 more senior software engineers in Sofia and the goal of tripling the total number of employees to over 300 by the end of 2022.

Payhawk said it is getting ready to open new offices in Amsterdam and Paris in March, followed by one in New York in September.

The company will also invest in further developing its technology to add new tools like mileage tracking and per diem.

Payhawk’s customer base consists of a mix of fast-growing and multinational companies including LuxAir, Lotto24, Viking Life, ATU, Gtmhub, Flink, MacPaw and By Miles.

Payhawk currently serves companies in 27 countries with its company cards and spend management platform all over Europe. It has offices in London, Sofia, Berlin and Barcelona. The company plans to continue its global expansion, aiming to open offices in the Australia, France, the Netherlands, Singapore and the US.

Russian space chief Dmitri Rogozin has indicated that developers of a craft being designed for the pad will have to work around sanctions.

EWDN: How Russian game developers are being hit by the shockwave of war

Among many other competitors, it will take on BluTV, the market leader in Turkey’s subscription video-on-demand (SVOD) market with a 42% share.

First goal for Agriniser will be to expand its digital marketplace to buy and sell grain into Romania.

Investments into Serbian startups soared more than 600% in 2021

Serbian startups attracted over $135mn of investments in 2021 – more than six times as much as in the previous year.

Kazakhstan: Sanctions likely behind fresh delay at new Baikonur launchpad
6 days ago
EWDN: How Russian game developers are being hit by the shockwave of war
7 days ago
Disney+ comes online in Turkey
8 days ago
Romanian crowdfunding platform SeedBlink helps Bulgarian startup Agriniser raise funds
13 days ago
Investments into Serbian startups soared more than 600% in 2021
13 days ago