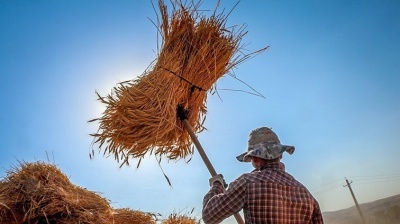 Persistent drought conditions mean Iran will need to import at least 7mn tonnes of wheat in the Persian calendar year to March 2023, meaning the country will face a second consecutive year marked by high wheat imports at a time when grain prices are climbing to worrying heights.

The wheat import forecast was given by Iran's Grain Union chairman, Kaveh Zargaran, in a conference presentation on May 10. Reuters was provided with extracts from the presentation.

Iran’s cash-strapped government ended subsidies for imported wheat on May 1, leading to warnings that the impact on bread and pasta prices could lead to social unrest in the country of 85mn.

In the Persian year to March 2022, the Iran Grain Union estimated, the country imported a record 8mn tonnes of wheat, with Iran one of a number of countries in the Middle East to suffer poor rainfall. Neighbour Turkey has also had to increasingly turn to global markets to meet its grain needs.

In some recent years, Iran has been self-sufficient in wheat.

With millions of tonnes of Ukrainian wheat blockaded by Russia at ports along Ukraine’s Black Sea and Sea of Azov coasts, wheat importers this year face a headache sourcing enough supplies of the staple grain. Canada on May 10 offered to work with Ukraine on solving the dilemma of how to get at least a substantial amount of its wheat to the global market. Some shipments have been sent by rail and road.

Iran’s projected wheat imports would form part of an estimated 25mn tonnes of grains, meal and oilseeds that the country would require in the ongoing 12-month period, Zargaran reportedly added in his presentation.

The difficulties faced by Iran in equitably distributing its water resources are, in the face of repeated droughts, worsening by the year. Water shortages last year caused unrest, leading to deadly clashes with security forces, in parts of the country.

There have been complaints from some quarters that Iranian officials have foolishly encouraged the development of rice farming, with high water consumption, in parts of the country that do not have sufficient water resources.

Desalination of Persian Gulf and Sea of Oman waters is seen as one option for boosting Iran’s usable water volumes, but the technology for desalination remains expensive.

Iran may be heartbeat away from first unicorn
Iran the winner as Ukraine conflict repercussions divert European trade flows
At least five dead, more than 100 possibly trapped in collapsed building in Abadan, Iran