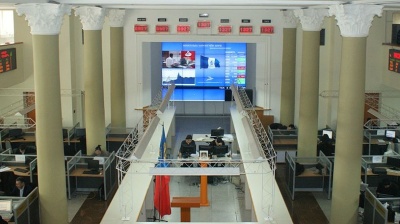 Plans devised by Mongolia’s government to partly privatise the frontier market’s stock exchange have been years in the making. The head of the exchange now says that plan could finally be realised within months and, if successful, will touch off even larger initial public offerings (IPOs).

The Mongolian Stock Exchange (MSE), fully state-owned since its inception in 1991, could float up to 34% of its shares by the end of the year, chief executive officer Altai Khangai said in a Zoom call. The remaining 66% would remain in government hands, controlled by the Ministry of Finance.

Mongolia sold off many of the assets held by the state during its communist era, mostly food producers and textile companies, during a messy wave of privatisation in the 1990s. Citizens at the time received vouchers to purchase shares of companies; many sold them on to young entrepreneurs who went on to become some of the country’s wealthiest oligarchs.

Still, many of Mongolia’s largest state-owned enterprises (SOEs), including the national airline, mining assets and the stock exchange, remain under government control, even after repeated attempts to take them public.

Parliament and the cabinet have approved the plan to privatise the exchange, said Altai. Next up for the bourse is to submit its prospectus to the Financial Regulatory Commission.

Javkhlan Ivanov, chief operating officer at the MSE, said she expects the exchange’s prospectus will be submitted to the Financial Regulatory Commission (FRC) by the end of November or early December. An approval by the FRC is the final step before the shares can be listed.

Previous attempts to float shares of the MSE involved the London Stock Exchange Group but were never realised. In 2012, London helped the Mongolian bourse migrate to the MillenniumIT trading platform. The pair later coordinated on other technology and regulatory development.

The exchange has a market cap of $1.6bn and average daily trading of around $700,000. In September, it was approved for inclusion in the Frontier Index by the FTSE Russell. Credibility was also boosted in 2018 with the addition of the first cross-listed company, Nova Scotia-based junior miner Erdene Resources Development Corp. (TSX: ERD), which also trades on the Toronto Stock Exchange.

Peter Akerley, Erdene’s CEO, said the cross-listing has allowed the gold miner to become more open to the Mongolian public, through the issuance of press releases and periodic reports in dual languages. Erdene has raised $6mn on the MSE and amassed 6,000 Mongolian stakeholders.

The primary investors in the current push to take state-owned enterprises public will be domestic securities and financial services, said Altai. He declined to speculate on how much the MSE share offering could raise.

The privatisation effort could help the stock market stabilise from its recent roller-coaster ride. Last year, the MSE rose 133%, easily the most of any stock exchange, but it went on to slump 18% this year.

Trade turnover at the exchange has been helped in part by a series of bond issues. Last year, state-owned coal miner Erdenes Tavan Tolgoi issued a $245mn bond on the market.

Also of help are amended banking codes that require the five biggest banks to become publicly traded companies by the end of 2023. An asset quality review of the banks is complete and the IPO processes are moving along – earlier this month State Bank raised Mongolian tughrik (MNT) 25.4bn ($7.9mn) by floating 5% of its shares.

Angana Banerji, IMF mission chief to Mongolia, said she supports the plan for the banks to go public but adds that the Bank of Mongolia needs to closely monitor banking sector developments and take supervisory actions if necessary.

“Intensive supervision would be warranted given the economic uncertainties in Mongolia,” said Banerji.

In a statement earlier this week, the International Monetary Fund advised the country to tread carefully as it moves toward privatising its non-financial SOE assets.

“Privatization of non-financial SOEs should be preceded by a robust risk assessment, strengthened oversight of SOE debt and investments, a sound regulatory framework, [and] transparent reporting,” the IMF concluded.

The report adds that privatisation should include legislation for installing stronger fiscal discipline at SOEs, for example, through an adoption of a non-bailout clause.

The proposed IPO would be a win for the government of Oyun-Erdene Luvsannamsrai, which has been promoting itself as a progressive cabinet that embraces rapid infrastructure development, technology and investment. Altai said the privatisation of the MSE could serve as a litmus test for the sale of other state-owned assets.

“We are going to be the pioneers,” said Altai. “I think if this listing goes well, it will be followed by other government-owned assets.”

China has won water dispute with Kazakhstan
40 minutes ago
PM’s attempt to quell Mongolia’s ‘coal mafia’ protests drowned out by livid crowds
13 hours ago
Italian PM Meloni outlines new ambitious plan for Africa
15 hours ago
Is Russia putting additional pressure on Belarus to join the war?
1 day ago
Can Russia sneak gas into the EU via a Turkish gas hub?
1 day ago