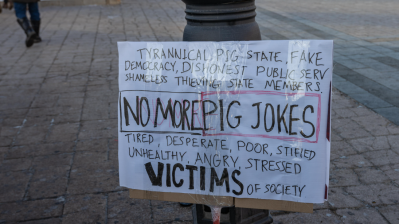 Mongolia’s “coal mafia” protests continued for a fourth day on December 7, with an attempt by Prime Minister Oyun-Erdene Luvsannamsrai to address an angry crowd drowned out by cries of "Accountability!" and "Reveal the names!".

Growing ire at how officials are said to have embezzled billions of dollars of profits from coal exports to China has energised the public to take to the streets of the capital Ulaanbaatar despite the biting Mongolian winter cold. Calls for swift action against the “public purse thieves” have grown louder.

In response, the government has proposed forming a working group that would include around 100 people who would represent the protesters. But the idea of the panel is not going down well with many of those protesting. They’re convinced it won’t be effective. "I don't believe that anyone who would join this working group would actually represent the protesters," said a 30-year-old welder, who went by the alias Bold, as he spoke to bne IntelliNews. "They had a working group in April [after a big youth protest centred on economic hardship], and nothing happened. [The prime minister] is once more using this tactic simply to squelch the protests."

"Those working groups are just an act. No one in those working groups will represent the actual people who are suffering," said Uuganjargal Oyun, 33, one of the December 7 protesters. "I can't afford to buy a half kilo of flour right now; it's depressing. We live in a society where there are way too many fines and taxes. If given the opportunity, I would leave Mongolia to make some money, but I do not want the young people to have the same future as me, that’s why I am here." 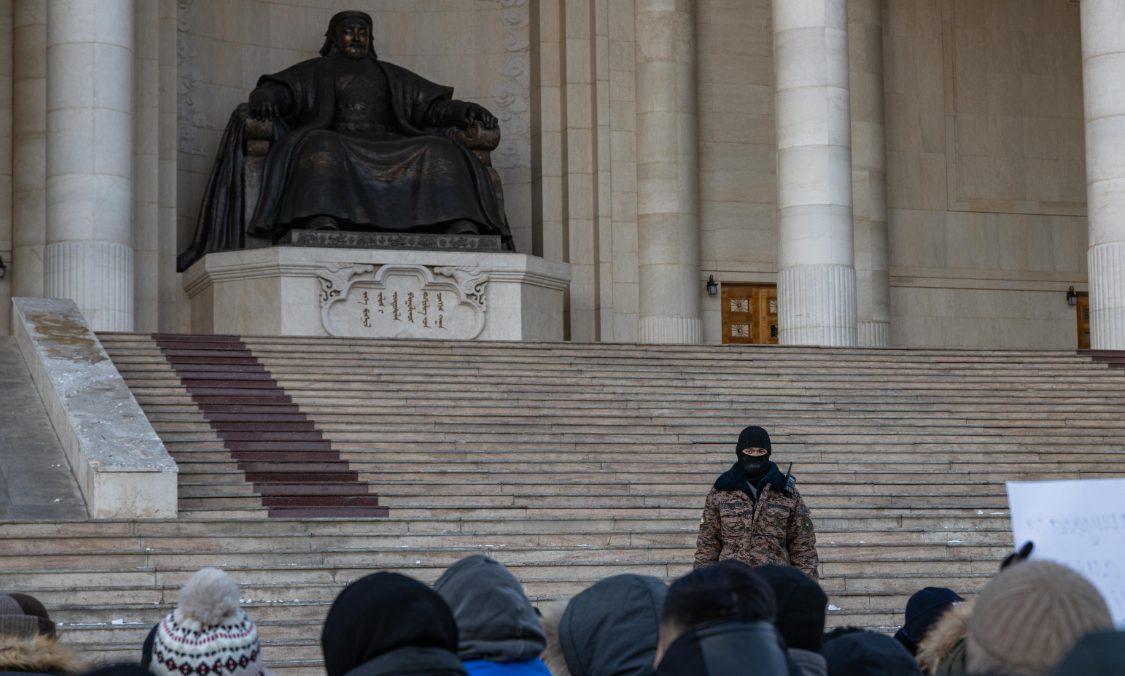 Crowds on the fourth day of the demonstrations again demanded action, not words, from officials (Credit: All photographs by Anand Tumurtogoo).

A lot of the older protesters said they were simply fed up with the current state of the country, with the corruption hard to swallow amid soaring inflation. They came to register their anger, with the sentiment that just perhaps the growing fury would prompt legislators into decisions that would pave the way to better life chances for their children.

"The corruption and embezzlement have reached the tipping point; they have stolen everything from the youth. They are even robbing young people of their chances of a good education and a good life. And I'm standing here for my three children, hoping for a better future for them," Erdenebayar, a building security guard, said: "When I worked in construction, I didn’t get my salary for three to four months, and now my salary only covers 10 days of my family's daily needs. For the rest, I take out loans."

Most protesters stated that they did not have enough money to make ends meet. Those with business profits talked of heavy taxes. Those reliant on social welfare, said the provision fell terribly short of what was needed.

"I own a small business with my husband, but the taxes have suffocated us. I'd like to give up because there are so many taxes and it's so difficult to function, but I have four children and my employees to consider," a 35-year-old business owner, who went by the alias of Khulan, said. "I would be fine if the paid taxes actually helped me to thrive and live, but two of my children study in a classroom with 60 other children, they get sick easily and the local neighbourhood medical centres don't provide medicine; instead, they tell us to buy medicine that costs 200,000 tughrik ($58), which is a lot of money."

Khulan, who has taken out substantial loans to operate her business, was among the demonstrators standing in the cold. She was another who said she was braving the conditions to make her feelings known with her children in mind. She told how she had lost three pregnancies because of dangerous levels of air pollution in her home district, and expressed the hope that one day Mongolia would turn the corner to provide her children with a significantly more prosperous future. 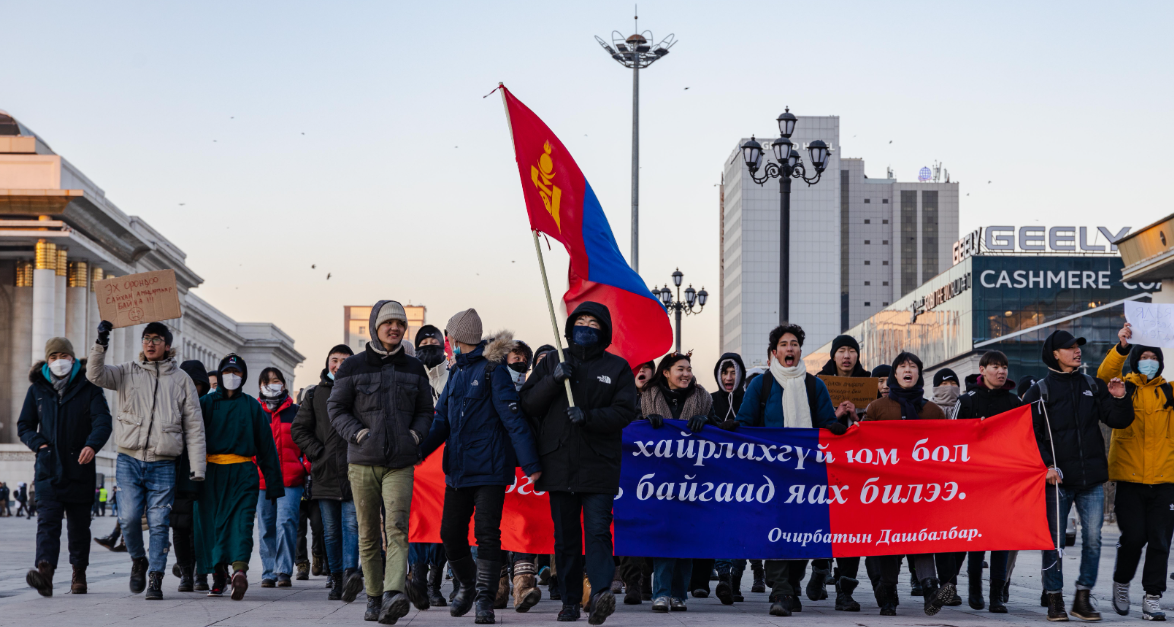 Many young generation Mongolians feel there's generally only hope of a better life for those who can save up on work secured abroad.

Thousands of Mongolians determined to find a way to scrape enough money to buy an apartment in Ulaanbaatar are found in South Korea, working low-paid jobs. And many of the gathered protesters were convinced that leaving for South Korea was the only option to secure a better future.

Chimgee, a 20-year-old university student who said she has witnessed the suffocating effects of the Mongolian economy on her parents, was among those with that opinion. "I watched my parents work their entire lives to get a two-bedroom apartment, in which I share sleeping quarters in the living room with my two younger sisters," she said. “They're still paying off the apartment loans. It's not fair. My parents work for crumbs and they [the government] steal everything from us. Why do we have to aspire to go to Korea to make a better future for us? It just isn’t fair."

Frustrated Mongolians perceive politicians who do not put in the required work for their constituencies. On arriving in office, these elected representatives are seen as distancing themselves from their constituents. “They basically showed us the middle finger after we voted them into office,” said Usukhbayar Jargalsaikhan, a 20-year-old university student, who had attended all four days of the protests. Holding a sign bearing the word “Accountability”, Usukhbayar went on: “They should have at least come out and talked to us [as we protested on the street], but they didn’t. I was here at the April protest, when [the PM] Oyun-Erdene came out. He made a bunch of promises that he hasn't kept. He should have listened to us [today], but instead he made false promises again and once more I don't think anything will happen [to make things better]." 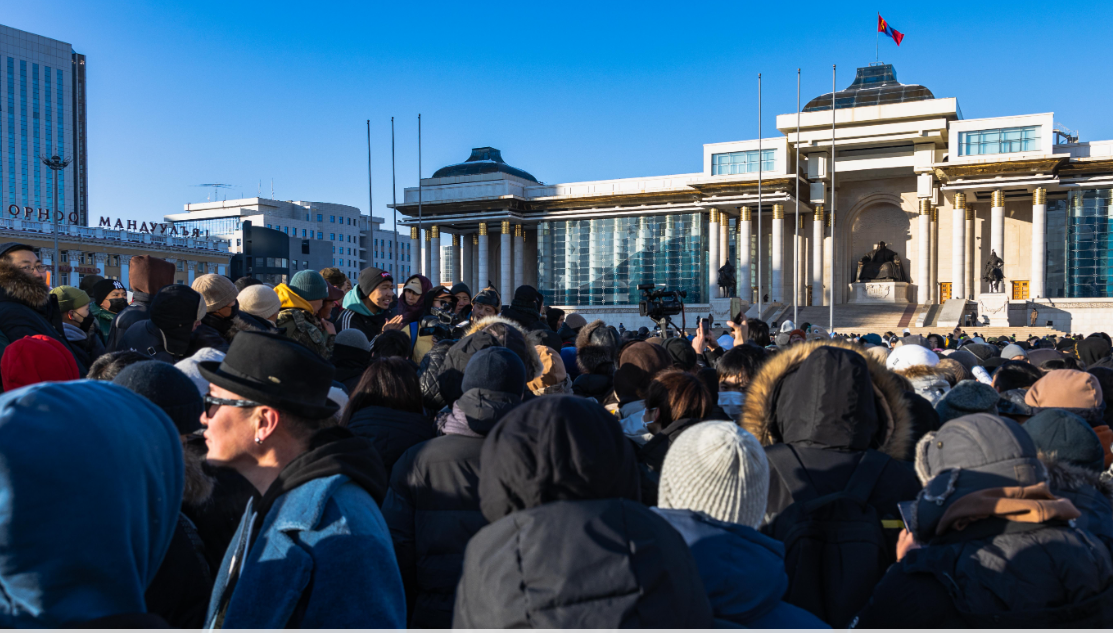 So-called democracy is not delivering for many Mongolians who say they wonder if they live in a democracy at all.

Like Usukhbayar, young Mongolians live in a country known for its democracy. But many of the youth are starting to doubt whether their nation is truly democratic. Batsaikhan Lkhagva-Ochir, another 20-year-old university student, dwelled on this point, concluding: "Young people see the democracy in a different light because we did not grow up in the socialist era. We want to see democracy in action, but we are unsure whether we live in a democratic country. I believe we live in an entirely capitalist society in which only the wealthy benefit and the poor are punished for simply trying to survive. Isn't the goal of democracy to promote equality for all? I don’t see that around me."