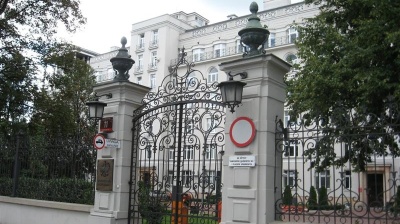 The ruling coalition of Law and Justice (PiS) and United Poland, which holds the justice ministry, bickered for months on how to effectively walk back changes in the disciplinary rules for judges.
By Wojciech Kosc in Warsaw May 27, 2022

Poland’s ruling majority pushed through changes to the controversial disciplinary regime for judges on May 26 in a move that is likely to end the long-standing row with the European Union over rule of law and unblock €36bn in grants and loans from the bloc’s recovery fund.

The ruling coalition of Law and Justice (PiS) and United Poland bickered for months on how to effectively walk back changes in disciplinary rules for judges, a key element of the government’s broader judiciary reforms.

The vote in the Sejm also marks an apparent defeat in Warsaw’s narrative that any changes in the judiciary are the sole prerogative of a member state over which Brussels has no say.

Faced with numerous crises such as increasing inflation at home and the war just beyond the eastern border in Ukraine, however, the PiS-led government realised that cash from the EU could help alleviate voter discontent in little over a year before the next general election.

PiS stands to win the third straight term in office in 2023, provided it can soothe the pain of the growing cost of living and avoid recession.

The parliament passed a proposal by President Andrzej Duda that dismantles the Disciplinary Chamber of the Supreme Court, one of the milestones that Brussels demanded Poland met to unlock the funds.

The Commission wanted Poland to disband the chamber, saying that judicial appointments to the controversial body do not meet the criteria of impartiality and independence from the government. The chamber could in effect target judges critical of the government.

Duda’s proposal established a new body, the Chamber of Professional Accountability, which will look into disciplinary cases concerning judges.

Critics have argued that the new chamber is just a smokescreen, as the risk remains that appointments to it will come from another compromised body in the Polish judiciary, the National Council of the Judiciary (KRS).

The Commission, with the backing of the EU’s top courts, says that the KRS also suffers from a lack of independence and impartiality, as its members are appointed by the parliament.

It is also unclear how Poland is going to meet other reforms demanded by the Commission:  a wider reform of the disciplinary regime and reinstating judges dismissed under it.

Polish Prime Minister Mateusz Morawiecki said prior to the vote that the changes are solid enough for Commission President Ursula von der Leyen to officially greenlight unblocking of the funds during her visit to Warsaw on June 2.

Poland buys 32 helicopters from Italian producer Leonardo
Polish CPI surges to 15.6% y/y in June
US and Chinese slowdown will tip the world into recession, says IIF