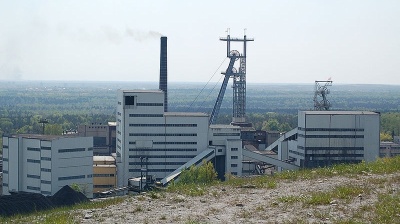 Polish mines will go on strike unless a deal is reached over Poland’s path to reduce the use of coal in its power sector, the country’s powerful mining unions said on September 14.

Poland recently tabled a draft strategy for its energy sector that envisages a radical reduction of coal’s share in the country’s energy mix from the current figure of over 70% to 11-28% in 2040. The interim goal for 2030 is 37-56%, the strategy also said. Large-scale developments like offshore wind or nuclear power will replace coal instead, the government has proposed.

The United Right government – which wooed miners as recently as in July, looking to boost support for President Andrzej Duda in his re-election bid – is now struggling to sell the plan to them.

Warsaw, in turn, is under pressure from the European Union, which is announcing new and more ambitious decarbonisation plans this week. Brussels wants the bloc’s emissions of carbon dioxide, the main climate-warming gas, to drop by at least 55% by 2030, compared to the 1990 levels. The current ambition is for a reduction of 40%.

Unionists demand Prime Minister Mateusz Morawiecki talk to them about how decarbonisation will be carried out so that jobs do not go fast and they call for each job lost in mining and related industries to be compensated by new positions in industries like renewable energy.

Unions gave Morawiecki until September 21 to join the talks or “we will be forced to take radical protest action across the region,” they said in a statement.

The government has long said that the move away from coal will be cushioned by the so-called “Just Transition”, a plan to throw PLN60bn (€13.47bn) at the mining regions so that the shift from dependency on coal to a cleaner economy will not collapse regional labour markets. The bulk of the money will come from EU coffers.

Miners insist the changes are too fast. They also call for keeping coal in the mix via investing in “low emissions coal power generation”, meaning coal-fired power plants that capture carbon dioxide emissions.

“Carrying out [decarbonisation plans] is equivalent to liquidation of the majority of industries in the Katowice region [Poland’s coal mining hub] and losing hundreds of thousands of jobs in mining, steel, and, in the longer run, in automotive and other energy-intensive sectors,” the biggest union groups said in a joint statement.

Unions have also criticised the government for not standing up against the EU’s plans to tighten the bloc’s climate policy.

Poland’s mining sector employs some 80,000 people. Mining unions are politically strong and have derailed or delayed changes before.

Developing renewables and nuclear power could create 300,000 new jobs in Poland, the ministry said in the draft energy strategy.