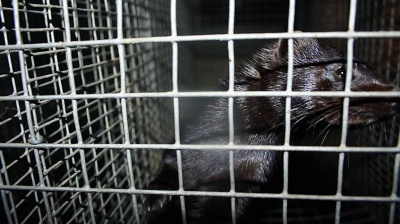 The bill assumes fur production will be banned in Poland, sparking protests by the small but vocal fur lobby.
By Wojciech Kosc in Warsaw September 18, 2020

Poland’s United Right coalition appeared to be coming apart at the seams last night after a bill boosting protection of animal rights passed in the parliament thanks to cross-party support rather than the usual partisan vote.

Several MPs from the ruling United Right coalition voted against the bill, abstained or were absent from the vote, leading to speculation of a coalition crisis that could – in theory – lead to a snap election just under a year after the coalition won its second term in power.

MPs from the junior coalition party United Poland voted against. Lawmakers from the other coalition group, Accord, abstained. The bill thus passed thanks to the majority of the opposition voting in favour.

Some of the coalition MPs warned that the bill could hit the government in Poland’s rural areas, where it has recently gained significant support.

The coalition splitting over the bill has led to the suspension of talks about a government reshuffle that had been underway before the vote. There will also be “consequences” for rebel MPs, PiS said.

PiS also said the government reshuffle could take place without United Poland and Accord and if that led to a break-up of the coalition, an early election was a possibility.

The United Right coalition is comfortably leading the polls at an average of just over 40% according to the September polls to date. United Poland and Accord do not poll as separate entities.

The main opposition group, the centrist Civic Coalition, is at 26.5%. The third spot is claimed by the new group Polska 2050 (Poland 2050), started recently by former presidential candidate Szymon Holownia and which is yet to compete in an election. Other parties’ support is in single digits.

The animal rights bill is said to be a pet project of Jaroslaw Kaczynski himself, the leader of the main coalition party, Law and Justice (PiS). As PiS’ chairman, Kaczynski is Poland’s de facto top decision-maker, although officially just an MP.

Kaczynski’s previous plans for a major overhaul did not win a majority in the coalition, not least because of the lobbying by the fur industry, which is small but vocal.

The bill assumes fur production will be banned in Poland. The ban will take effect one year after the president signs off the bill after it goes through the Senate. That could take place within weeks.

Anger trumps fear of pandemic in Poland after abortion is banned