“Polish Stonewall” as protests, clashes with police in Warsaw after arrest of LGBT activist 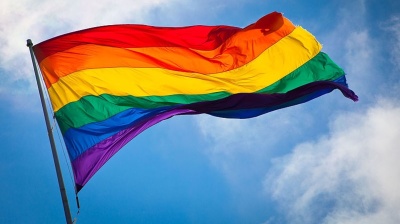 Hundreds of LGBT rights activists and their supporters clashed with police in Warsaw on July 7 following the prosecution’s decision to arrest a transsexual woman for allegedly vandalising a van carrying anti-LGBT messages and assaulting its driver.

A rally of over 10,000 people in support of the LGBT community’s rights took place in front of Warsaw’s Palace of Science and Culture on Saturday. The scuffles with police and the rally both indicate the growing tension over LGBT rights in Poland, where the nationalist coalition led by Law and Justice (PiS) and the recently re-elected President Andrzej Duda are engaged in stoking discrimination against sexual minorities as endangering traditional family values.

The scuffles began after a Warsaw court granted the prosecution an order to arrest a transsexual woman, identifying herself as Margot, who — after police initially appeared reluctant — was eventually detained. She is facing charges of destroying property and assault after attacking a driver of a van carrying messages linking LGBT rights to paedophilia in June. The police car with Margot inside had to force its way through the crowd amidst chants of “you won’t lock all of us down”.

Police detained 48 people, many of whom were just onlookers or even random passers-by returning home from shopping, a report of the events put together by the office of the Ombudsman said. The detainees were released on Sunday after interventions by humans rights activists and MPs from the opposition’s Left and the Civic Coalition groupings.

Margot also was behind last week’s happening in Warsaw in which she and two other people put up rainbow flags over a number of iconic Warsaw monuments such as the statue of Jesus in front of the Holy Cross Basilica, the monument of Copernicus and the Warsaw Mermaid.

The happening attracted criticism by the government and the right-wing media, which cited a regulation from the Polish penal code that makes it an offence to “insult a monument or other public space arranged to commemorate a historical event or to honour a person”, which is subject to a fine or restriction of freedom.

Rights of LGBT people rose to the political and cultural forefront in Poland during the presidential campaign in July when the — eventually reelected — President Duda said that “LGBT is not people, it is an ideology” which was “worse than communism”.

Polish LGBT activists have likened the weekend protests to the Stonewall riots in New York in 1969 that paved the way for the creation of an organised LGBT rights movement in the US.