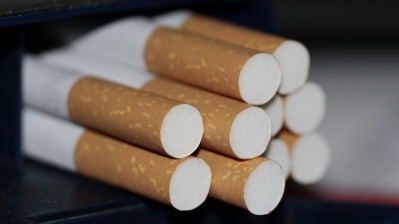 Montenegro’s outgoing Prime Minister Dritan Abazovic provided the specialised state prosecution with information about tobacco smuggling on September 5, including names of people involved and schemes they were using, he told reporters.

Montenegro is believed to have been involved in significant tobacco smuggling for decades and rumours have said that top politicians were involved in the schemes.

In August, Abazovic said that organised criminal groups are smuggling tobacco and cocaine, and then fund some political groups. Moreover, he claimed that some of these parties were behind the no-confidence vote against his government that brought him down in mid-August.

“I expect an avalanche to be triggered. I had to show the roadmap of the tobacco smuggling in Montenegro. I presented operational data and I expect the prosecution to confirm whether it is correct or not. I was talking about specific names, but I cannot say them now,” Abazovic told reporters as broadcasted by RTCG.

He added that he also provided documents and listed specific examples of tobacco smuggling schemes.

According to Balkan Insight, the Adriatic port of Bar has become a centre for cigarette smuggling since the collapse of Yugoslavia in the 1990s.

During close to 30 years in power, Djukanovic has faced allegations of corruption and links to organised crime, but no charges against him have ever led to conviction. Among the most notorious claims are that Djukanovic was involved in tobacco smuggling in the 1990s, but all claims against him were dropped by Italian prosecutors in 2009.

However, the illicit trade continues. Earlier in 2022, the local customs authorities seized tobacco worth €3.5mn stored in Bar.

Also this year, Montenegrin police arrested Vesna Medenica, former head of the supreme court, late on April 17 on charges of forming a criminal group and illegal activities. The rest was made after transcripts of conversations involving her son Milos Medenica indicated he was involved in drug trafficking and tobacco smuggling.

Abazovic’s government was in office for just three months before it was brought down by a conference vote in August. It was initially backed by the country’s former ruling party, President Milo Djukanovic’s Democratic Party of Socialists (DPS), but the DPS withdrew its support after Abazovic signed an agreement with the Serbian Orthodox Church in the country.