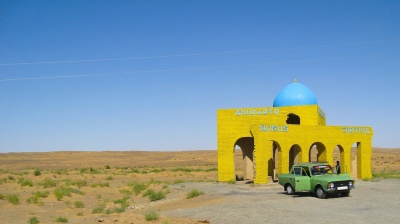 Protesters marched through Nukus, the capital of Uzbekistan’s autonomous Karakalpakstan region, and tried to force their way into government buildings on July 1.

The rare public protest was sparked by planned constitutional reforms in Uzbekistan that if adopted would remove Karakalpakstan’s right to secession from the amended constitution.

Demonstrators marched through the city of Nukus then rallied in the central market. According to a statement from the Karakalpakstan authorities, protesters tried to take over official buildings. Police arrested the protest leaders and others who offered “active resistance”.

Reports from the protest put numbers at between a few hundred and several thousand.

Order was later restored, according to the Uzbek authorities.

The Karakalpakstan region of northwestern Uzbekistan is home to around 2mn people, mainly Karakalpaks, an ethnic group with their own Turkic language. It became part of Uzbekistan in 1936, have previously been the Karakalpak Autonomous Soviet Socialist Republic.

The proposed change concerning Karakalpakstan’s right to secession is part of a broad constitutional reform initiated by President Shavkat Mirziyoyev.

While the region would retain its autonomy under the proposed changes, it would lose its constitutional right to secede on the basis of a referendum of its population.

A statement from Uzbekistan’s interior ministry said a group of Karakalpakstan residents had marched through Nukus and held a rally as “a result of misunderstanding the constitutional reforms”.

Among the key changes are a proposal for the term of office of the president of Uzbekistan to be extended from five to seven years, while previous terms would be nullified. That would allow Mirziyoyev to serve another term as president, after he was re-elected for a second term in October 2021 with a landslide in a largely uncontested race.

The draft law on amending the constitution of the country was submitted for public discussion on June 25. It includes around 170 amendments in total.

In a comment for bne IntelliNews by Odiljon Tojiev, deputy speaker of Uzbekistan’s parliament, said in June that the authorities had invited citizens of Uzbekistan to take part in the process by making suggestions by phone, email or on social media. According to Tojiev, an overwhelming 19,678 proposals were received by mid June.

Since succeeding Islam Karimov six years ago, Mirziyoyev has been hailed for opening up the Central Asian country, winding down the repressive regime of his predecessor and launching a radical and extensive reform programme, though the reforms have been mainly economic rather than political.