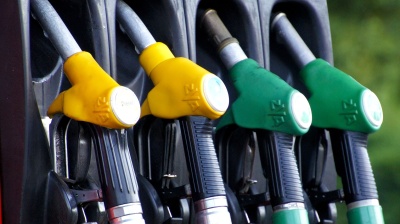 Protests took place across Albania on the evening of March 10, as demonstrators demanded that the government take action to bring down fuel prices.

The latest figures show Albania’s annual inflation rate continued its rise in February, climbing to 3.9%, up from 3.7% the previous month. The month-on-month increase in prices also accelerated, to 1.3%.

The largest protest on March 10 was in the capital Tirana but protests also took place in the towns of Durrës, Lushnje, Korca, Skhoder and elsewhere. Protesters blocked major roads and urged drivers to join them, which many did.

The protests were mainly motivated by the hike in fuel prices, with petrol reaching a record ALL260 per litre, according to Top Channel. However, more broadly protesters expressed their unhappiness with the rise in prices of numerous items in the consumer basket.

Commodity prices, including prices of oil, grain and metals, have already soared since the Russian invasion of Ukraine on February 24. Even before the invasion, Albania, like other many other countries, faced steep inflation as prices of energy and food rose on international markets as the world emerged from the coronacrisis.

This has had a knock-on effect on transport costs, with the price of bus tickets – the main intercity mode of transport for Albanians who don’t own cars – rising across the country.

Farmers joined the protests in Lushnje and Devoll to complain about the soaring costs of fuel and other inputs.

Lushnje had already been the site of a series of protests by farmers in autumn 2021.

Prime Minister Edi Rama addressed the nation via Facebook on the evening of March 10, saying there was little the government could do, as the country is not currently producing enough oil or energy to meet demand, and the heavy oil produced in Albania is not suitable for use in cars. He announced that action will be taken against those who speculate on oil prices, but stressed that the government does not set commodity prices.

Rama warned earlier this week that the threat of a deepening energy crisis is growing daily as Russia and Nato members mull stricter sanctions on each other. He said that in an extreme scenario, Albania could face cuts in supply of oil or energy, but that the government “will do our best to protect our people”.

However, President Ilir Meta called on the government to bring down fuel prices by cutting taxes, and to adopt a package to support vulnerable families.

“Albanians, with a minimum wage of €238 per month and about 40% of the population living on incomes below $5.5 per day, are paying today a price for 1 litre of fuel that is more expensive than in European Union countries, where minimum wages range from €500 to €2,250 per month,” Meta wrote on Facebook.

“The abusive and speculative increase in the price of fuel must be stopped immediately!” he added.