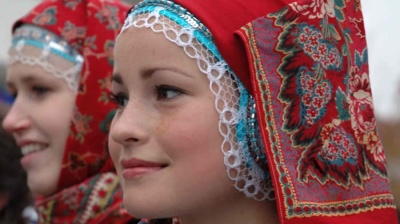 The combined revenues of the hundred most successful Czech companies topped CZK3bn (€116.5mn) for the first time ever in 2018 after their profits increased by 12.3% year-on-year to CZK210bn (€8.2bn), the Czech News Agency reported on June 11.

According to the 2018 edition of the annual Czech Top 100 ranking, Skoda Auto retained its leading position in both revenue and profit categories, followed by energy company CEZ (same as in 2017), Agrofert, formerly owned by the Prime Minister Andrej Babis, and the Energetic and Industrial Holding (EPH) Group of Czech billionaire Daniel Kretinsky.

According to the ranking of the companies based on number of employees, Argofert has been ranked as the biggest employer with 32,770 employees, followed by Skoda Auto with 32,599 and CEZ with 31,385.

In 2018, Skoda Auto recorded revenues of CZK416.7bn (€16.2bn). Its profit dropped 4.4% y/y in the year to CZK57.3bn (€2.234bn), mainly because of expenses associated with changes to emissions legislation, the cost of new products, electromobility and other technologies and higher personnel costs. According to the Czech Ministry of Finance’s chart of the Top 20 corporate income taxpayers for 2018, the company paid the most corporate income tax to the state purse.

CEZ posted revenues at CZK184.5bn (€7.2bn) in 2018, with its net profit down by 45% to CZK10.5bn (€410.16mn). The y/y comparison of 2018 income was strongly affected by non-recurrent effects which contributed to a net profit by CZK7.5bn (€292.97mn) in 2017, particularly due to sale of shares of the Hungarian oil and gas group MOL. The company recently decided to change its strategy and to focus even more on the Czech market

Agrofert spokesman Karel Hanzelka refused to comment on the company's economic result published in the raking, as reported by the E15. However, figures correspond with earlier statement by Agrofert executive Director Josef Mraz.

“We expect revenues around CZK160bn (€6.2bn), but profit will be lower. Still, it is in line with our plan. Only segments performing below the goal are fertilizers production and bakeries,” Mraz told the E15 Premium in March.