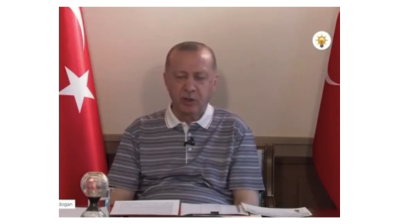 Speculation about Erdogan's state of health redoubled after he dozed off on the job. / wiki
By Julian Rimmer in London January 18, 2022

It doesn’t require a fertile imagination to visualise the crisis, first constitutional, then societal, which will eventuate in Turkey when Turkish President Recep Tayyip Erdogan loses the coming election and stubbornly refuses to accept defeat and leave office. He famously stated that democracy was a bus journey and ‘once I get to my stop I will get off’. The driver has gone rogue, though, and run a few people over.

There’s no great psephological expertise required here to forecast the outcome. Elections for President and the general assembly must be held by June 2023 or earlier – if Erdogan fancies his chances. The carnage he has wreaked on the economy will aggravate financial hardship over the next year, making his policies even more unpopular than they are now. Additionally, his failing cognitive abilities and physical health will render an extended, energetic campaign for voters increasingly improbable. Someone can, and does, write the speeches for the teleprompter but only Erdogan can deliver them. Alternating between narcolepsy and a walking frame is not a good look on the soapbox for a carnaptious dotard who may not even make it to summer 2023. More likely than not, then, he will call a hit-and-run election this June. 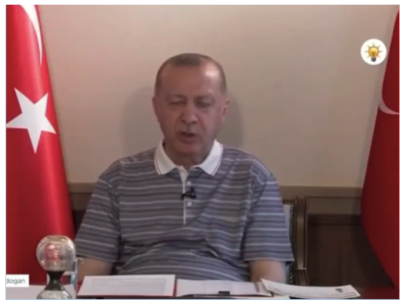 Figure 1 Gerontocrat asleep at the wheel

At present, the coalition of Erdogan’s AKP and the extremist right-wing MHP is polling in the mid-30s as ‘The People’s Alliance’. Meanwhile, ‘The Nation’s Alliance’, incorporating CHP, IYI and SP, should command more than 40% of the electorate if they can maintain their present unity. It is staggering that after the damage caused by Erdonomics his personal approval ratings are still in the 30s but this is testament to state control of the media, relentless propaganda, diversionary foreign policies and, of course, the unfailing naivety of his core Islamic constituency. The probability is a victory for the opposition, but Turkey remains dangerously, explosively, polarised.

Even after a 50% increase in the minimum wage in December, TRY4,500 is worth only $326 per month for those fortunate enough to be employed. This compares with $380 at the start of 2021. After a 45% degringolade for the lira last year, inflation has surged to 36% if you believe the data provided by the government agency, TUIK. The problem is, the only inflation figure Turks disbelieve is that provided by the government agency, TUIK. Estimates of anywhere between 50% are 100% are far more plausible. The risible effort to shore up the lira with a fx-linked deposit scheme met with a sceptical reception from a public Erdogan has exhorted many times before to take one for the central bank, sell hard currency and bail him out. This was the best plan they had?

Erdogan would have voters believe his whackjob economic and monetary policies will drive an export-driven recovery and cites South Korea and Taiwan as successful examples. He forgets or overlooks, though, that these latter both manufacture high-tech, value-added products rather than agricultural products and textiles.

Should I stay or should I go?

The base case, then, is a defeat for Erdogan. The President will lose the next elections – if they are free and fair. That’s a big subjunctive for starters. Let’s presuppose, though, the Nation’s Alliance overcomes the stuffing of ballot boxes, the voter carousels, the suppression of electoral rolls, coercing the judiciary into persecuting political opponents and all the other paraphernalia of the autocrat’s handbook and wins.

Do you think Erdogan will pack up his prayer mat, all of Emine hanim’s fancy handbags and antique teasets and depart his beloved Aksaray Palace, the building of which exceeded Kubla Khan’s blueprint for Xanadu in grandiosity? Will he shake the hand of the incoming president, wish him well and give him a guided tour (on a mobility scooter) of the 1,100 rooms?

I don’t think so either. The evidence of the last two decades and everything in his mulish character suggests he will refuse to step aside. Electoral defeat is an existential threat for Erdogan. He will end up in prison or exile. No wonder next month he plans to visit Saudi Arabia, a sort of donkey sanctuary for ousted dictators like Idi Amin and Ben Ali. He’s probably looking for a bolthole in case he needs to make a moonlight flit.

That is plan B, though. His ego of planetary dimensions would sorely miss the centenary of the Turkish Republic in 2023 for which he had such grand plans. He wouldn’t get to stand on a platform, wearing aviators and that dodgy green blazer, watching military parades and airforce flypasts.

He will miss the launches of Istanbul Kanal, a Turkish electric vehicle, a Turkish fighter jet, a Turkish nuclear power plant (NPP) and a Turkish space mission and his other demented dictator feverdreams. A few years back Erdogan promised to make contact with the moon by 2023, although making food affordable might be more popular. Right now, a majority of Turks would gladly shove a rocket up his fundament and despatch him to the firmament. Perhaps space could accommodate his self-esteem.

Just brazen it out

Unfortunately, Donald Trump provided Erdogan with an exemplary, anti-democratic president – I mean precedent – and almost clung on to power, despite a clear defeat at the ballot box. He simply denied visually verifiable reality, defied the electoral process and stymied the peaceful transfer of power. You can bet your last (worthless) lira Erdogan was watching appreciatively and taking notes.

Unlike the USA, Turkish institutions have a short history, their independence is long compromised, and they were filleted during the Gulenist witch-hunts. Few, if any, elements of the state remain powerful or brave enough to oppose the new sultan like their American counterparts did when the overweening narcissist threatened to squat in the White House. Trump’s vice-poodle, Pence, refused to dishonour the constitution. Erdogan has no shortage of acolytes who will follow with unswerving obedience whatever deranged ukases he issues.

Considering Turkey’s volatile polarisation, a post-electoral standoff would prompt a constitutional crisis and lead to civil disorder. The incumbent mobilises his followers to protest against the results in the street. The coup of 2016 demonstrated the alacrity and aggression with which AKP supporters will respond to the call. The replayed Istanbul mayoral election of 2019 illustrated Erdogan’s reluctance to adhere to democratic norms. He refused to accept the legitimacy of the patently reasonable Imamoglu, and instead, continued trying to foist on Istanbullites his lickspittle Yildirim, whose facial expression suggested a man permanently trying to remember the items on a shopping list.

A constitutional confrontation and deadlock would present a huge foreign policy crisis for the West. China and Russia would no doubt back Erdogan and insist on non-interference in Turkey’s domestic affairs. His lingering presence would destabilise the EU and Nato. This suits Xi and Putin, as does his adversarial, unpredictable approach to international diplomacy and his disregard for democratic principles and financial probity.

The Eurasian and Anatolian plates collide along Turkey’s fault line. East literally meets West here and the activity is tectonic. Religion confronts secularism. Liberalism faces off against conservatism. Theocracy smashes into democracy. Turkey is no closer to reconciling these warring elements than they were when Ataturk created the republic from the ashes of the Ottoman Empire in 1923. Observers underestimate the potential for renewed conflict when the country next goes to the polls. At their peril.

Nil admirari [let nothing astonish you].

COMMENT: Sanctions are working, but the West risks isolating Russian reformers instead of galvanising them

As the war rages on, more and more Russians report feeling the effects of sanctions. Under pressure to keep up the impressive rate of new sanctions, the West risks isolating liberal reformers from Russia's business community instead of oligarchs.

NEMETHY: Where are US markets? Where are they heading?

Whereas in previous crises the Fed tried to actively stem crises, currently it seems to be proactively inducing the crisis.

Five questions on the minds of business leaders and policymakers in Romania.

Sberbank, Russia’s largest lender, is facing a meltdown from the collapse in its commercial real estate loan book, which is estimated at RUB1.8 trillion ($28bn).

MACRO ADVISORY: Ruble at 5-year high, how strong can it get?
5 hours ago
COMMENT: Sanctions are working, but the West risks isolating Russian reformers instead of galvanising them
4 days ago
NEMETHY: Where are US markets? Where are they heading?
4 days ago
COMMENT: Constanta concerns
10 days ago
Sberbank faces a meltdown from its vast commercial real estate loan book
13 days ago