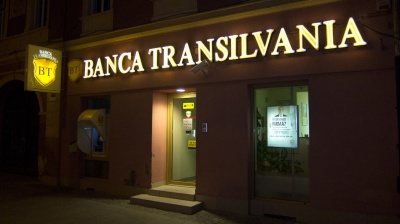 Banca Transilvania (BT), the biggest financial group in Romania, plans to take over Microinvest, the leader of the non-bank financial market in Moldova specialised in financing micro-enterprises, BT announced.

Banca Transilvania is already active on the banking market in Moldova, where it holds the majority stake in Victoria Bank (the country’s third-biggest bank) in partnership with the European Bank for Reconstruction and Development (EBRD).

The Romanian group aims to get 100% control over the micro-financing company. Microinvest’s shareholders are Balkan Financial Sector Equity Fund Netherlands (54.9%), followed by the Soros-Moldova Foundation (24.4%), Oikocredit from the Netherlands (12.8%), Driehaus Richard from the USA (4.8%), and SIDI France (3.1%).

Currently BT is in the process of requesting approvals for the acquisition from the regulatory authorities in Romania as well as other relevant bodies.

“The step we are making through this new acquisition shows BT’s commitment to support as many entrepreneurs as possible by developing the microfinancing activity of the Banca Transilvania Financial Group. This is an opportunity that we want to capitalise on to the benefit of our clients who are in the early stages of their business endeavours,” stated Omer Tetik, CEO of Banca Transilvania.

"We will do so by combining the business model we employ in Romania through BT Mic with the one used by Microinvest, as well as through increasing synergies with other companies of Banca Transilvania Financial Group from the Republic of Moldova, namely BT Leasing and Victoriabank."

Kazakhstan sues US financier in $0.5bn dispute with Moldovan investor

Kazakhstan is suing New York financier Daniel Chapman and Argentem Creek Partners where he serves as CEO, alleging he conspired with Moldovan businessman Anatolie Stati to fraudulently secure an ... more

The no-confidence motion filed by the pro-EU Party of Action and Solidarity (PAS) and Dignity and Truth Platform Party (PPDA) was supported by only 46 of the 101 MPs on July 20, therefore, the ... more

The Public Property Agency (APP) of Moldova has terminated the contract with Avia Invest regarding the concession of Chisinau International Airport due to its non-compliance with the investment ... more