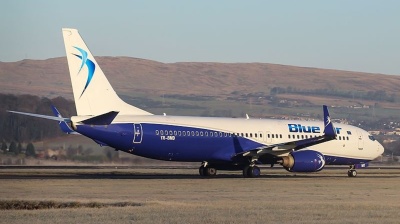 A few months ago Romania’s Blue Air planned to pursue further expansion funded by a bond issue this autumn, and aimed for an IPO on the Bucharest bourse in 2022. Now the airline is struggling financially after losing out on around €100mn of revenues during the lockdown.

Romania's biggest airline by the number of passengers transported has initiated a preventive agreement, a mechanism that gives the company facing cash flow problems a chance to avoid insolvency by restructuring its overdue debt worth over €100mn.

Initiation of the procedure was approved in court. To avoid insolvency, the debt restructuring plan should be endorsed by debtors holding 75% of the company's debts. Negotiations on this plan have already begun.

The company hopes to reschedule some €100mn worth of debts for the coming 18 months.

Blue Air estimates it incurred losses of about €100mn in lost revenues due to the lockdown. It still looks forward to receiving the €65mn state aid promised by the government and endorsed by the European Commission.

At this moment, Blue Air can't reimburse the money paid in advance by the passengers of the canceled flights, the company's CEO Oana Petrescu announced, quoted by Adevarul.

Petrescu said in late April that the company needed a rescue loan of between €40mn and €90mn to overcome the coronavirus (COVID-19) crisis.

Blue Air was set up in 2004 and has evolved over the years into a pan-European air operator, with operational bases in Romania, Cyprus, Italy and the UK.

In the 12 months ending September 30, 2019, it achieved a €3.4mn net profit (before the costs of restructuring the fleet and operations), compared to €24.4mn losses in the previous 12-month period. The operating profit for the financial year 2019 reached €8.9mn, compared to €19mn operating losses in the previous 12-month period.

Last autumn the private company, controlled by two local businessmen who together hold 90%, started preparing to raise €50mn-60mn through a bond issue in the autumn of 2020 and was considering having its shares listed on the Bucharest Stock Exchange (BVB) two years later.