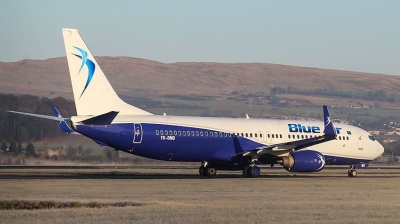 Ridgecrest PLC cash shell announced on October 25 that it has terminated talks on a possible takeover of Romanian low-cost airline Blue Air headquartered in Bucharest.

Despite the decision, Romania's largest private airline Blue Air is still planning to list its shares on the London Stock Exchange by reverse takeover (RTO) early next year and issue bonds on the Bucharest Stock Exchange (BVB) later in the year.

Despite the failed RPO, the listing calendar has not changed, Blue Air said quoted by Profit.ro, adding that giving up the reverse takeover just means a change in the strategy.

Back in July, Ridgecrest announced that it had concluded a non-binding letter of intent with Cristian Rada to buy his company Airline Invest and its subsidiaries, Blue Air Aviation and Blue Air Technic. The move was supposed to be part of the RTO and listing plan.

The takeover by Ridgecrest was supposed to take place ahead of the listing, but Ridgecrest said that Blue Air was unable to raise pre-reverse takeover funding that was a principal condition of the deal.

Trading of Ridgecrest shares was suspended on July 6. Ridgecrest has six months from the suspension date to seal a reverse takeover or become an investing company or else shares will be cancelled.

Blue Air was set up in 2004 and has evolved over the years into a pan-European air operator, with operational bases in Romania, Cyprus, Italy and the UK.

In the financial year ended September 30, 2020, Blue Air recorded a loss of over EUR 60 mln and the financial year ending September 30, 2021 will not bring it back to break-even after it struggled during the disruption to air transport caused by the coronavirus pandemic and lockdowns. However, 2022 looks promising and CEO Oana Petrescu said in July that Blue Air expects to return to profit.

Primark to launch in Romania as it pursues CEE expansion
Nato rejects Russian request to withdraw from Bulgaria and Romania
OUTLOOK: 2022 Romania