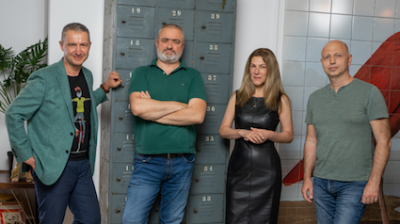 The crowdfunding platform SeedBlink, specialised in technology start-ups, aims to raise €3mn in a Series A round, of which €500,000 will be raised through its own platform.

SeedBlink has become a crucial part of the early stage funding system in Romania, having participated in 45% of the pre-seed and seed financing rounds of Romanian startups in 2020.

SeedBlink's listing on its own platform will take place on May 27, when investors will have the opportunity to participate with tickets starting at €2,500, the company announced.

The main investor is an unnamed major venture capital in the region, to which will be added other institutional investors as well as the SeedBlink community. The name of the lead funder will be announced after the due diligence process is completed.

The platform was launched in December 2019 by former bankers Andrei Dudoiu and Ionut Patrahau. At the beginning of last year, Radu Georgescu and Carmen Sebe, two of the best-known technology specialists in Romania, joined as partners.

"By the end of next year, we want to list at least 150 technology startups and have 30,000 individual investors on the platform. In addition, we want to exceed revenues of €3mn in 2022,” said Dudoiu, CEO of SeedBlink.

It also aims to expand internationally from the final quarter of 2021, by establishing partnerships with the main technology hubs in Europe. It plans to set up an advisory board of senior specialists from across Europe within the next three months.

"Until recently, we had positioned ourselves as an equity crowdfunding platform for technology startups, but we have identified several other opportunities. We want individual investors in Europe to benefit from the possibility to fund technological startups together with business angel professionals and venture capital partners. And we want the founders to find resources and mentors in one place. We want to create an innovative investment platform for Europe," said Dudoiu.

According to the company’s press release, SeedBlink is the fastest growing investment platform in technology startups in Europe in terms of the amounts traded and the number of investors.

SeedBlink's pre-money valuation is €12mn, according to Ziarul Financiar daily.

SeedBlink has launched 42 funding campaigns in the 18 months since its inception, helping startups raise a total of €15mn from individual investors and VC funds, 55% of the amount through equity crowdfunding.