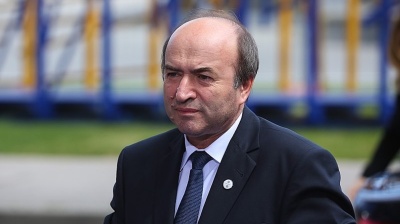 Toader lost the support of the ruling Social Democratic Party (PSD) over his reluctance to issue emergency decrees on controversial amendments to Romania’s justice laws.

Some of the changes would have helped PSD leader Liviu Dragnea, who is in the process of appealing a sentence issued last year for misuse of state funds. As Dragnea already received a suspended sentence for voter manipulation in 2016, he would have to serve a prison term if he loses the appeal.

Toader took over the justice ministry in February 2017, and was instrumental in removing Laura Kovesi, the highly effective head of the National Anticorruption Directorate (DNA), from her position.

Following his resignation, the next step will be to replace Toader, but not before expected public confrontations between Iohannis and the ruling coalition, whose relations have been especially fraught where ministerial appointments are concerned.

Dancila’s handling of Toader’s removal has been puzzling, as she took the step of sending a dismissal request to Iohannis, which complicated the process. She reportedly refused the alternative technical solution of having Toader (and two other ministers who stepped down to run in the European Parliament elections) replaced by the joint chambers of the parliament.

Dancila’s choice makes the ruling coalition vulnerable to repeated deferrals and rejections by Iohannis, but is in line with her recent resistance to pressure from Dragnea. Choosing this somewhat risky procedure to replace Toader — Iohannis had blocked earlier nominations — visibly irritated the PSD leader. Both Dancila and Toader appear to have been influenced by criticisms from the European Commission and western governments over the ongoing justice reforms. In a recent joint statement, the embassies of 12 western states expressed deep concern about the integrity of Romania’s justice system. The planned emergency decrees would, they wrote, have the “potential to impact on the independence of Romania’s judiciary”.

Iohannis announced on April 18 that he had received the government’s request to revoke Toader’s appointment, but his statements indicated that he was not ready to appoint the PSD’s candidate to replace him.

The proposed replacement is Social Democratic MP Eugen Nicolicea, one of the PSD’s hardliners, and a staunch supporter of the amendments to justice laws.

Iohannis is expected to find legitimate reasons to reject him, but not before a long period of reflection aimed at raising the tension within the ruling coalition. This again leads to speculation that Dancila deliberately picked the most controversial of the three candidates put forward by the PSD for the justice minister position, with the aim of buying time.

Time is a scarce commodity for the ruling coalition and a key element in the political battles, since the High Court (ICCJ) has scheduled the next hearing term in Dragnea’s case, which might be the last, for May 20. Anticorruption prosecutors have called on judges to re-schedule the hearing for an earlier date. In any case, it is technically possible that Dragnea’s political career could be finished before President Klaus Iohannis takes a decision on the new justice minister.