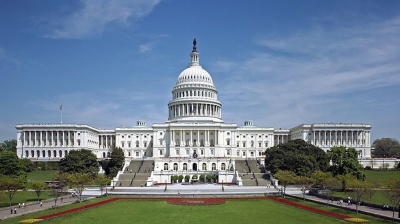 Two democratic US congressmen called upon Polish President Andrzej Duda on January 19 to prevent the so-called muzzle law from being pushed through the parliament by the ruling Law and Justice (PiS) party. The congressmen described the proposed law as a “dangerous threat to Poland’s democratic institutions.”

Democrats Eliot L. Engel, chairman of the House Committee on Foreign Affairs, and Bill Keating, chairman of the Subcommittee on Europe, Eurasia, Energy, and the Environment, thus waded into the ongoing row in Poland that has seen the PiS government and Duda fiercely attack judges opposed to changes in the judiciary.

PiS says Poland’s judiciary needs changes because it is rife with corporatism, too many judges have communist pasts, and Polish courts are inefficient and removed from the people.

But the opposition, the European Union, and a number of institutions see it as an attempt to bring courts under political control. Poland's Supreme Court said in December the "reform" stood in direct contradiction to Poland's being a member of the EU.

Duda appears unlikely to heed the congressmen’s call. The president, who is touring Poland extensively in the run-up to the May presidential election, said last weekend that the government’s overhaul of the judiciary would “cleanse our Polish home.”

At a meeting with miners in Katowice he pleaded for their help. “I ask you for your support because the situation is difficult,” Duda said.

“[Judges] have international influence, they have colleagues, and they have their people in tribunals. They talk nonsense and deny inconvenient facts. They claim that someone wants to destroy the justice system in Poland,” Duda said.

The opposition-minded Association of Polish Judges Iustitia said Duda engaged in a “campaign of hate”.

“It could result in acts of violence against judges,” Iustitia warned in a statement.

The opposition-held Senate rejected the proposed law last week but PiS has the majority in the lower house to overturn the upper house’s veto and send the law to Duda for final sign-off.

As was the case with several other attempts by PiS to introduce changes to the Polish judiciary, the European Union and other institutions lambasted the new regulation as threatening the rule of law.

Viktor Orban says preserving jobs will remain the most important task in 2020 and beyond, and makes surprise climate announcement.

Belarusian President Alexander Lukashenko has pledged to siphon off Russia's transit oil from the Russia-EU oil pipeline Druzhba, if Moscow fails to supply the "necessary volume" of oil in February.

The new agreements, signed shortly after Belgrade and Pristina agreed to resume direct flights between their capitals, represent a breakthrough in relations — but the new government in Pristina has raised objections.

Fiat is the first automaker to halt operations at a plant in Europe as a consequence of the coronavirus, but others are expected to follow.

Despite now being a member of Bosnia’s tripartite state-level presidency, Dodik has renewed his calls for the referendum that — if Bosnian Serbs voted to secede — could lead to the breakup of Bosnia and destabilisation of the region.