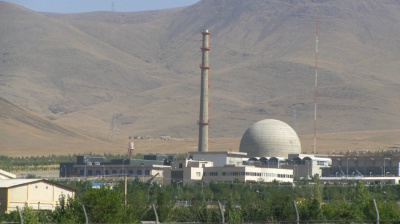 Iran and Russia have agreed on the final points of the Iran nuclear deal as part of last ditch efforts to get it over the finishing line, Russian news agency Tass reported on March 15.

Foreign Minister Hossein Amir Abdollahian and his Russian counterpart Sergei Lavrov met in Moscow on March 15 to discuss the Joint Comprehensive Plan of Action (JCPOA) and a “new inter-state agreement” as  a way to clinch the deal. For Iran, the nuclear deal will remove the country from ongoing sanctions in exchange for sending spent nuclear fuel to Russia. Russia’s last-minute demands were that Moscow not be cut out of the deal it had been negotiating for the past several months.

Moscow has now confirmed the US has agreed to allow the country to stay within the deal, meaning the deal can now be concluded and sanctions will be removed from Iranian oil sales.

“We received written guarantees [from the US]. They are included in the text of the agreement itself on the resumption of the Joint Comprehensive Plan of Action (JCPOA) on the Iranian nuclear programme,” Russian Foreign Minister Sergei Lavrov said in the meeting with his Iranian counterpart.

Lavrov called accusations of the American side that Moscow is slowing down negotiations on JCPOA a lie. “In fact, the reason for the delay is that the agreement has not yet been finally approved in some capitals, and the Russian capital of Moscow is not among them.”

“Of course, we touched on the situation in Ukraine and around it. We thanked our Iranian colleagues for their objective, balanced position, for understanding Russian security concerns that arose as a result of the destabilising actions of the US and its Nato allies,” the Russian foreign minister added.

Following the announcement by Russia, an unnamed US State Department spokesman said to Israeli reporter Barak Ravid, "We would of course not sanction Russian participation in nuclear projects that are part of resuming full implementation of the JCPOA. We cannot provide assurances beyond that to Russia"

The inter-state agreement between Iran and Russia is likely the accession of Iran into the Eurasian Economic Union (EEU), solidifying the country’s economic interests in Iran. Iran has been in an a preferential trade agreement with Russia since 2018, which has increased bilateral trade.

The head of the Russian foreign ministry noted that the agreement between the EEU and Iran will positively affect the dynamics of relations between the countries and trade. Lavrov also said that he accepted the invitation of the Iranian foreign minister to visit Tehran.

Sergei Lavrov added the new partnership with Iran, including the growth of trade will benefit the two nations.

“In 2021, it [trade] increased by almost 80%, exceeding $4bn,” the foreign minister noted. “Russia and Iran are waiting for even more impressive prospects,” he added.