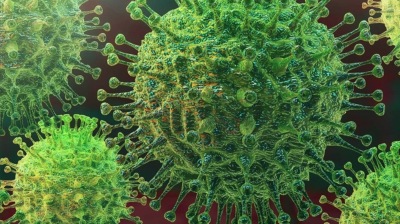 Russia produced the first vaccine and started the mass immunisation programme well ahead of any other country, yet Moscow has the lowest levels of vaccinations of any major European capital. The Russians don't want Sputnik V.
By Jason Corcoran in Moscow June 15, 2021

Russia has hit herd hostility to vaccination against coronavirus (COVID-19), with a majority of people dead set against taking any of its available jabs – even as the country grapples with a third wave of the pandemic.

After arriving back in Moscow last month from an enforced one-year exile in Ireland, I assumed most of my friends, relatives and contacts would already have been vaccinated. After all, Russia has endured almost 18 months of the coronavirus with nearly 5.1mn officially confirmed cases and more than 120,000 deaths. The country’s total excess fatality count, regarded as a much more reliable indicator of the human cost, stands at a staggering total of 460,000 deaths.

However, distrust of Russia’s vaccines has mutated wildly in the zeitgeist by people regurgitating half-baked conspiracy theories. A survey by independent pollsters the Levada Centre in May indicated 62% of Russians are unwilling to get vaccinated, while 55% are not afraid of contracting the virus.

Vaccination in Moscow has now come to a near standstill, slowing to 2,500-3,500 a day against 10,000 previously, according to data compiled by the Russian-language news site Meduza.

The city is now back on lockdown and dedicated coronavirus hospitals have reopened as the number of daily cases rose to 13,510 on June 11, up from a recent low of 8,000. Half of those cases are in Moscow alone (6,701) – the highest daily number since January.

Given the spike in infection rates, Moscow Mayor Sergey Sobyanin ordered a curfew for bars and restaurants from 11pm, closed playgrounds and parks and ordered stricter compliance with mask and glove rules.  He has also imposed a week of paid non-work starting on June 12 to try to reverse the climb of the infection rates.

To reach 60% of the population by September, it needs to be closer to 50,000. Overall, 12% of the country has now received at least one shot and, at that rate, Russia won’t hit herd immunity until the end of 2022.

Back home in Dublin, people have been falling over themselves to take any injection. Ireland this week finally emerged from Europe’s longest and harshest lockdown with pubs, restaurants and hotels finally re-opening after a six-month hiatus. With 53% of the country having received at least one shot, the hospitals have emptied, and the death rate has almost disappeared.

The influential British medical journal The Lancet confirmed the Russian drug was safe and had an efficacy rate of over 91% in February but that didn’t move the dial at home in Russia. Elsewhere, it triggered a global clamour for the Russian vaccine. Leo Varadkar, Ireland’s Deputy Prime Minister and a former doctor, said in February he was in favour of adding Sputnik V to the nation’s jabs programme, joining a chorus of other European leaders seeking to acquire the vaccine.

After arriving back in Russia in early May, my family and I were anxious to get the Russian vaccine in to resume a normal life. In Ireland, we had endured a strict lockdown and were amazed by the almost bacchanalian openness of Moscow society and the disregard for social distancing, mask wearing – as well as the low take-up of vaccines.

Vaccine phobia is rife in Russia across age and socio-economic groups and the authorities only have themselves to blame.

Bankers, barbers, physicists, taxi drivers, students and pensioners have told me they are all steadfastly refusing to take a COVID-19 vaccine. Even many of my friends in Moscow and my wife’s parents, who suffered with the virus, refuse to take Sputnik V or any of the other Russian vaccines.

Eyebrows were raised by a headline in the Irish Independent on May 24 that one in ten people aged 25-34 years old are going to refuse the vaccine. Meanwhile in Russia, a Levada poll two weeks prior indicated that just 12% of Russians aged 18-24 years of age were ready to be vaccinated.

Some friends assume they have contracted coronavirus and have antibodies – even though they have never been tested for either. Others claim Sputnik V isn’t safe and they want to wait for Russia’s Chumakov vaccine to become available or until they get their hands on Pfizer. Several acquaintances, who really should know better, cited links between 5G and the virus and a theory that the vaccine contains a microchip, which harvests biometric data.

Unlike in many other countries, conspiracy theorists are not confined to the margins of the media. In fact, they are afforded the biggest platforms to air their dangerous nonsense.

Turn on your TV last year and you could have heard the celebrated Russian filmmaker Nikita Mikhailov on state-controlled Rossia-24 channel accusing the Microsoft founder Bill Gates of seeking to insert microchips into people under the guise of coronavirus vaccines in a bid to control humanity.

Mikhaikov told his audience that the technology for this grandiose plan is being patented under the number 666 – the number of the Antichrist. A similar conspiracy about Gates being behind the pandemic as an effort to prepare the world for mass micro-chipping, was also aired on Russia’s main Perviy Kanal station on its Man and Law programme.

Social media is even worse. TV doctor Elena Malysheva has popped up on her Instagram account to advise her many followers to eat oysters to prevent coronavirus.

Malysheva, who hosts Zdorovyiye (Health) on Perviy Kanal, also claimed in January that it was not necessary to take a vaccine if you have suffered from COVID.

President Vladimir Putin has been conspicuously absent from any publicity drive to convince the nation to get vaccinated. The Kremlin announced in March that Putin, who normally craves a good publicity shot, announced in late March that Putin had received its first dose but the circumstances and the details of which vaccine he took were shrouded in secrecy.

Apart from Moscow Mayor Sergey Sobyanin, the most visible person agitating for Russians to get injected is the famous actor Vladimir Mashkov, whose poster can be seen on bus-stops and huge billboards on highways arounds the city. Mashkov, who appeared in Mission Impossible 4: tells Muscovites: “I have taken the vaccine for coronavirus. And you ?”

The Kremlin has been actively involved in disseminating conspiracy theories for years. Conspiracy theories are used to obfuscate the truth or to provide cover for the Kremlin’s actions – be it the poisoning of opposition politician Alexey Navalny, the landing of “little green men” in Crimea or the downing of the MH17 airliner over Ukraine.

But the mad-capped conspiracy theories are typically superficial excuses for dodging the injection. When you dig deeper with Russian people, it’s down to deep institutional distrust of the authorities after decades of having to consume barefaced lies and propaganda.

Ultimately, some form of compulsion is inevitable if Russia has any hope of shaking off the pandemic.

On May 26, President Vladimir Putin publicly ruled out mandatory vaccination as “impractical and impossible”, but it looks like the way is being paved for a difficult decision.

His predecessor, Dmitry Medvedev, recently expressed support for mandatory vaccines, while the far-eastern Sakha Republic in Yakutia became the first Russian region on May 25 to make vaccinations compulsory, only to reverse the order within days.

Raising Russia’s pension age was similarly a controversial issue and Putin also pledged never to do it – until he did in October 2018 as his government sought ways to relieve pressure on the federal budget.

Rumours abound now among policymakers that the Duma will vote on making vaccination compulsory or by making it an obligation for domestic and international travel.

The Kremlin needs to adopt a carrot-and-stick approach. Trying to entice people to take a vaccine by offering ice cream, free circus tickets or a miserly gratuity of 1,000 rubles ($14) hasn’t worked. The authorities may need to threaten public and private sector employees with suspension and their employers with fines for non-enforcement. Pensioners without the jab can be blocked from accessing public transport – like they were during last year’s lockdown.

A recent study of 1,400 people by RANEPA suggested many Russians are indeed ready to be vaccinated if it does become a pre-requisite for travel abroad and if pressure were to be exerted by their employer.

Russians will have overcome their vaccine phobia if they want to travel overseas and help the global fight to supress the pandemic. A spoonful of sugar, as well a forceful bedside manner, may make the medicine go down.

• Jason Corcoran is a journalist and Russia macroeconomics strategist who has lived and worked in Moscow for 15 years.