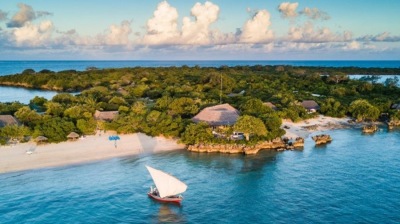 With the Western markets closed to Russia, the Kremlin is preparing for the second Russia-Africa Summit as it seeks to deepen ties and find new markets. Trade was already booming before the war started and many African nations are willing Russian partners. / wiki
By Ben Aris in Berlin June 12, 2022

Russia is preparing for the second Russia-Africa summit, scheduled for October-November 2022 in Addis Ababa, Ethiopia, as it steps up its campaign to move closer to the African countries and pivot away from the West due to the latter's extreme sanctions imposed after the start of the war in Ukraine.

Russia was already heavily invested in Africa as part of President Vladimir Putin’s policy of fostering ties with the non-aligned nations of the developing world ever since relations with the West soured following Russia’s annexation of Crimea in 2014.

But the need to develop deep trade and investment ties in Africa has been given a new urgency since the West has broken off almost all business ties with Russia this year.

Better relations with Africa are commercially important as Russia starts searching for new customers to buy its energy, grain and other commodities. But there is also an important political dimension as well as Putin seeks to undermine US hegemony and to gain international recognition of his regime. With a cornucopia of commodities and technology in some sectors such as nuclear power on offer, many African countries are willing partners.

The details of the summit will be decided in talks between the African Union, Russian Federation Council Speaker Valentina Matviyenko said at a meeting with the Speaker of Mozambique’s Assembly (parliament), Esperanca Bias, during an official visit to Maputo from May 30 to June 1.

"We are already preparing the next summit. Its dates will be determined jointly with the African Union," Matviyenko said reports Tass, adding that Russia saw Mozambique as a "reliable and time-tested" partner in Africa.

"Russia has always provided assistance to Mozambique and it keeps doing so. We are pleased to see your success in economic and social development. We note with satisfaction the steady development of the political dialogue," Matviyenko added.

Russia has deep business ties with Mozambique, but as bne IntelliNews has reported, the business relations do not always run smoothly. Russia's VTB bank was a key participant raising $2bn for a project that should have transformed Mozambique's economy, but the project collapsed and became the subject of a legal battle that has sullied the country’s reputation.

The Russia-Africa Summit has been an important platform for promoting Russian interests on the continent and leaders from 48 of Africa’s 54 countries attended the first summit held in the Russian resort city of Sochi in October 2019. It was co-chaired by the presidents of Russia and Egypt, Vladimir Putin and Abdul Fattah al-Sisi. Egypt is a key Russian partner in North Africa, which imports 80% of its grain from Russia and Ukraine.

The event was supposed to be held annually, but was delayed following the outbreak of the coronavirus (COVID-19) pandemic in 2020. It is now back on for this autumn.

This year’s summit will be even more important as Russia looks for new markets and to expand existing ones after the West imposed extreme sanction on Russia following its invasion of Ukraine at the end of February.

For its part Africa is keen to keep relations civil, as many countries on the continent depend on Russian grain imports. The AU head, Senegalese President Macky Sall, met Putin in Sochi on June 3 in a bid to offset an impending food crisis due to the war in Ukraine and secure grain imports for his members.

Sall has also highlighted that the decision to expel Russian banks from the SWIFT financial messaging system could hurt food supplies to the continent, RFI reported.

African nations have been among Russia’s most loyal supporters since the conflict in Ukraine started. In a UN vote to condemn Russia’s invasion about half the African countries chose to abstain from condemning Russia, as they sought to maintain good relations with the West, but signal to Moscow they still see Russia as an important partner. As bne IntelliNews reported, the voting patterns in the UN votes concerning the war in Ukraine paint a very clear picture of which African countries support Russia.

A co-ordination council has been established under the aegis of the Secretariat of the Russia-Africa Partnership Forum (RAPF). According to Sergei Lavrov, Russia’s Foreign Minister, “Concrete proposals for consolidating Russian-African co-operation are being worked out by three councils (co-ordinating, public and scientific ones) reporting to the Partnership Forum Secretariat. They represent ministries, agencies, business and public organisations engaged in the development of relations with the African continent.”

The Eurasian Economic Commission is the executive body of the Eurasia Economic Union (EEU), Russia’s answer to the European Union. It is a trade club that unites five former Soviet states, with several more in the region granted observer status.

Russia hopes to extend the reach of the EEU down into Africa by co-ordinating with the AU more closely. At the upcoming summit a roadmap for this co-operation will be finalised in co-operation with the Southern African Development Community (SADS), Lavrov said.

Progress on building up a North-South free trade area between the EEU and AU has already taken its first concrete step forward after the African Continental Free Trade Agreement (AfCFTA) came into effect on January 1 this year.

AfCFTA reduces to zero 95% of all previous intra-Africa tariffs that were imposed on cross-border trade. Only Eritrea has not yet signed up to the deal. With that previous tariff expense eliminated, sourcing for African products can now take place on a continental basis, thus expanding the potential for African supply chain development exponentially.

The free trade regime in Africa will also allow Special Economic Zones (SEZ) to import machinery and parts to make African products such as machinery. These either be sold on the regional market (when import duties on the parts become due) or re-exported to markets like Russia (duty free).

With almost all high-tech machinery exports to Russia now banned, using Africa as a production base, which is free to import machinery from Europe, may become a way for Russia to avoid sanctions and buy badly needed equipment it can no longer source from Europe. For example, the Russian automotive sector has almost entirely collapsed in the first months of the war, as it remains heavily dependent on imports of parts that it cannot make itself. Russia has already begun developing such SEZs in Africa, most notably in Egypt’s Port Said but also in Mozambique and Namibia.

The importance of the upcoming summit has been bolstered by the booming trade between Russia and Africa, which has soared this year.

Afreximbank president Benedict Oramah said in a recent interview with Tass that trade between African countries and Russia has seen considerable progress.

“Just six years ago there were exports of some $8bn from Russia and imports to Russia from Africa of $2bn or less. Today we have Russian exports to Africa worth $14bn a year and imports of African products of about $5bn. That means bilateral trade is about $20bn”. This represents a doubling in Russian-African trade since 2015, or an average annual growth rate of 15%."

Russia is in the process of establishing a $5bn ecommerce trade portal with African countries, has been targeting Nigeria as a growth market and has a naval base at Port Sudan.

The EEU will sign off an agricultural trade deal with the AU, and Egypt is expected to sign off an EEU Free Trade Agreement at the summit.

Russia is heavily involved in the African oil and gas industry, but has also been investing in infrastructure, with Russia providing railway equipment to Egypt and developing manufacturing facilities on a continental basis.

This story is part of the business new Africa (bna IntelliNews) coverage that launched in September. If you would like to take a trial to the service contact sales@intellinews.com

Kazakhstan: Swathes of land confiscated from Nazarbayev’s brother ahead of vote
2 hours ago
Jury still out on the effectiveness of the oil price cap scheme on Russian exports
5 hours ago
Turkey numb with shock as fears grow death toll from two giant earthquakes could climb past 20,000
10 hours ago
IMF issues Russian economic growth outlook that is more optimistic than Bank of Russia's
1 day ago
INTERVIEW: Helen Rodwell, head of CMS’ corporate practice in CEE
2 days ago