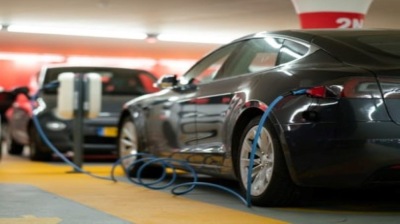 Russians have failed to get excited about electric cars and the underdevelopment of the supporting infrastructure means the number of EVs on the road will only grow slowly
By bne IntelliNews October 22, 2021

The Russian government forecast the Russian fleet of electric vehicles (EVs) will reach 2mn units by 2030, but a new study from PwC says that Russia be lucky to achieve even half that number by then.

Awash with oil that remains fairly cheap at the pumps, Russia has not been quick to embrace EV technology. The country’s enormous size is also a disincentive, as are the huge metropolises of Moscow and St Petersburg, where EV ownership will have to take root: the twin capitals are the number one and two largest cities in Europe and have populations that are larger than most Central European countries.

But as Russia starts to embrace the green revolution the market for passenger EVs is expected to grow on average by 1.5 times annually, and by 2030 their fleet will amount to 630,000 units, according to PwC experts, as cited by The Bell, from a mere 11,000 units in 2020.

The government’s concept for the development of electric transport is far more optimistic. According to the balanced scenario, the fleet will exceed 1.4mn cars by 2030. In the basic scenario, which does not have any incentives or infrastructure development, the figure is closer to PwC's forecast of 540,000 vehicles by 2030.

The government analytical centre has an even less optimistic forecast of 350,000 cars by the same date. The development of electric transport in Russia is being held back by a number of factors, Nikita Elizarov, head of modelling of industry markets at the government’s analytic centre told The Bell: the absence of an electronic version of the classic sedan or hatchback and the possible cancellation of duty-free import of EVs from 2022. Russia is not expected to produce its first own EVs until 2023 or 2024.

Currently there is an import duty of 15% on passenger cars. The duty for electric transport was zeroed in the spring of 2020 but this is due to expire at the end of 2021. Almost 6,000 EVs have been imported this year against 3,600 a year earlier.

Finally, the infrastructure of charging stations has barely been developed.

Russia works on a super app for government officials

Russia's Ministry for Digitalisation has announced a tender for a super app that government officials would use to "improve security and independence of sanctions." The winner of the tender will ... more