Russian Foreign Minister Sergei Lavrov is in South Africa to talk about trade and BRICS expansion, among other things. / bne IntelliNews
By bne IntelliNews January 23, 2023

Russian Foreign Minister Sergey Lavrov has arrived in South Africa on a working visit as the Kremlin continues its charm offensive, TASS reported on January 23.

Lavrov’s plane landed at the South African Air Force Base Waterkloof and he is expected to meet his counterpart Naledi Pandor in the capital, Pretoria. The visit comes only half a year after a July 2022 trip, when Lavrov visited Egypt, Congo-Brazzaville, Uganda and Ethiopia, also meeting the African Union (AU) leadership in Addis Ababa.

The foreign ministers are most likely to discuss preparations for the second Russo-African summit that is slated for July 26-29 in St Petersburg.

The second Russo-Africa summit was supposed to be held in Addis Ababa in October but was cancelled after it became clear the war in Ukraine would drag on much longer than anyone had anticipated. The conference had already been cancelled once before; the second summit was slated for the autumn of 2020 but became impossible thanks to the spread of the coronavirus (COVID-19) pandemic.

Lavrov and Pandor are also expected to exchange views on BRICS, where South Africa holds the presidency this year, engagement on other international platforms, bilateral issues and key international events.

There have been calls recently to expand the BRICS organisation, which has taken on a political dimension in recent years, to include other leading emerging markets such as Argentina, Algeria and Iran, all of which have already filed applications to join.

Other countries mulling BRICS membership include the Kingdom of Saudi Arabia (KSA), Egypt and Turkey, all of which have maintained good relations with Moscow in spite of the war. 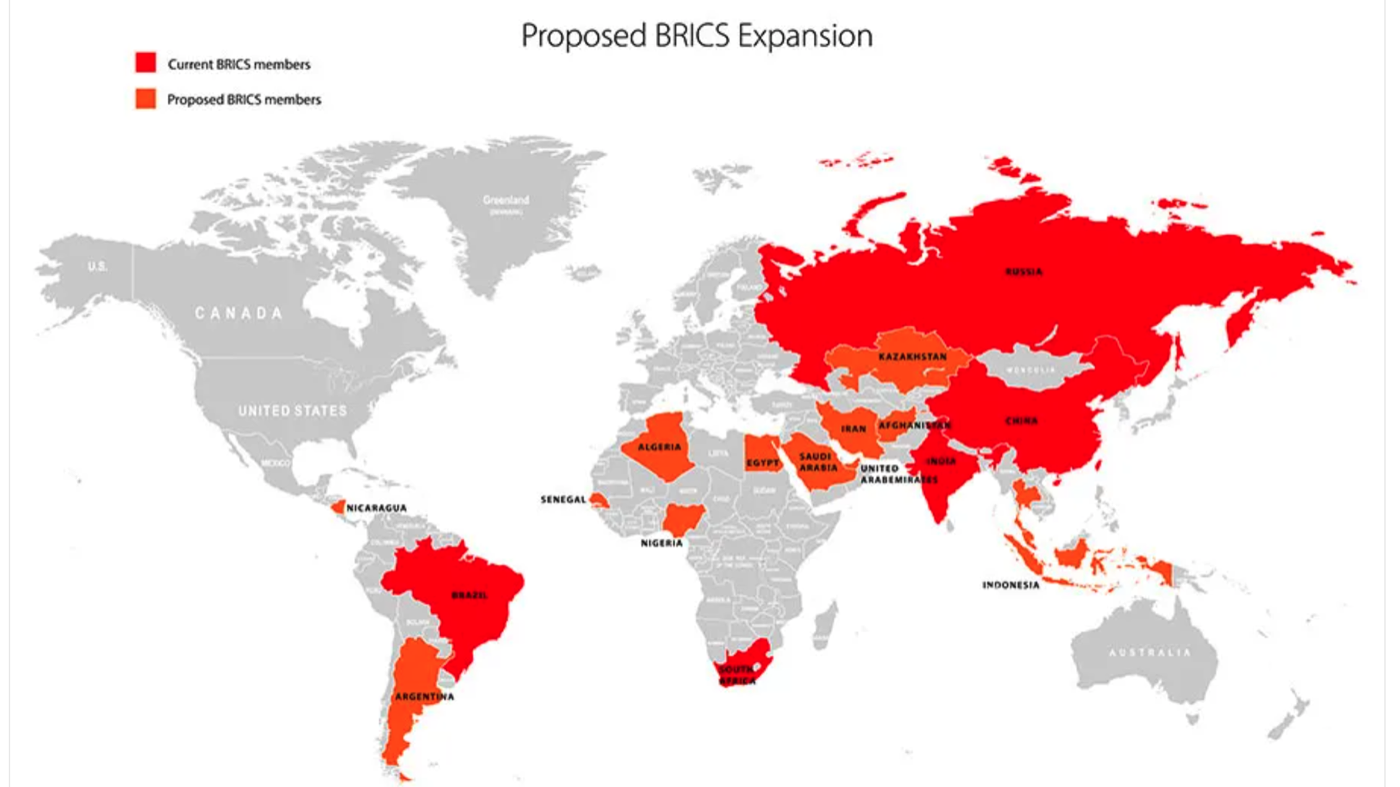 The Kremlin has been improving its hand in the Middle East after the rupture in relations between KSA and the US since they have become competitors on the international oil market. Moreover, Moscow has successfully positioned itself as an “honest broker” in the Middle East, maintaining good relations with Israel, Syria, Iran and Iraq, amongst others, all of which suffer from very difficult mutual relations.

The new candidates have collectively a population of 220mn people and Egypt alone will bring 102mn on its own and is an important Russian trade partner.

Lavrov and his South African counterpart last met on the sidelines of the 77th session of the UN General Assembly. The sides then reaffirmed mutual interest in the deepening of political dialogue and the further development of relations of strategic partnership.

There is a growing competition between Russia and the West for influence in Africa, with the Kremlin being far out in the lead thanks to its Soviet legacy; during the Cold War, the USSR wooed Africa, emphasising the West’s colonial domination of the Continent, something that Russia never did. Today, Lavrov has continued to emphasise Western colonialist attitudes to a receptive audience.

However, the West has restarted its charm campaign in an attempt to counter Russian influence. In December, Washington held a US-African Leaders conference attended by all but a handful of heads of state or government. The White House has also established a $600bn infrastructure fund for investments into the continent. Washington committed the first $55bn to Africa during the December summit.

European leaders have also been actively travelling to the continent in the hopes of securing commodity, trade and energy deals as well as an effort to open up the burgeoning African markets to their exports. Turkish President Recep Tayyip Erdogan, French President Emmanuel Macron and German Chancellor Olaf Scholz have been trips to Africa last year, amongst others.

Moscow continues to hold the upper hand as many countries in Africa rely on Russia for the supply of commodities, oil, gas, grain, arms and, increasingly, nuclear technology. Egypt is in the middle of building its first reactor and South Africa is in talks to construct a second Russian-made reactor.

Belarus Corruption Watch: How one of Lukashenko’s 'wallets' evades sanctions
11 hours ago
Poland basks in the glory of being Kyiv’s chief ally in Europe
3 days ago
Russia forges ahead with gas ambitions in Uzbekistan, Kazakhstan
4 days ago
Mongolian government accused of rushing through veiled law that dismantles freedom of speech
5 days ago
Russia is preparing for spring mass mobilisation
5 days ago