Russia’s stumbling along in the race to carbon neutrality 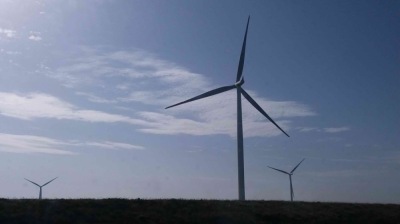 Russia is becoming increasingly concerned about climate change, but its efforts to change are half hearted
By Cameron Jones in London August 12, 2021

Earlier this year Vladimir Putin’s called for cutting Russia’s greenhouse gases (GHG) emissions to below those of the European Union as the Kremlin starts to wake up to the dangers of global warming.

A “first-phase” national plan for preventing climate change was adopted in 2020, which proposed capping CO2 emissions to 150mn tonnes per year. The July 2021 National Security Strategy for the first time declared the necessity of diversifying the Russian economy with low carbon technologies. However, detailed legislation with specific steps remains missing and last year’s development strategy for 2050 with lower emissions is already being reconsidered as it is recognised it was not ambious enough. Even state corporations like Rosnano, which is developing green hydrogen projects, has complained about the government’s insufficient commitment and lack of support.

In June 2021, the State Duma passed a bill to reduce greenhouse gas emissions. It grants companies the right to buy “carbon units” that could theoretically bring them government benefits, but they are required to do nothing more than report CO2 emissions over 150,000/t per year.

Russia’s plan to develop renewables means qualifying projects could count on a 12% return of investment from wholesale customer payments. This led to their share of Russia’s total energy production rising from nearly zero to 1.3%, although planners had projected nearly double that growth. With missed deadlines and underwhelming production, the government reverted to its favourite tool for influencing markets: levying fines.

September 16, 2021 was supposed to be the selection deadline for renewable energy projects receiving second-phase state support through 2035. Renewable power plants are already facing tough regulation, such as losing 30-80% of revenue if they miss their production quota within the first year of operation. They also must deal with domestic production requirements – or else get fined 75-85% of revenue – while juggling mandatory exports abroad. They must export at least 5% of their output, and no less than 15% by 2035. Failure means fines of 10-33% of total revenue. Meanwhile, existing CO2 emitters are not hit with such fines.

Private companies, not government, are driving the formation of a legal framework for renewable energy. The founders of Russia’s first industrial wind farm faced the exorbitant cost of fencing its entire 20 square kilometres perimeter and paving its internal roads. The legal requirement to do so ran up a landscaping bill that cost as much as the wind turbines.

Russia also needs foreign players but foreign companies hesitate to invest significant capital due to the constant threat of sanctions, a weak judiciary, and a lack of clear rules of the game. Stephane Zweguintzow, general director of Enel Russia, stated the company would be willing to invest more in Russia if the government’s renewable energy support programme criteria were known in advance.

While Germany will phase out coal by 2038, Russian coal production increased by 30% from 2008 to 2018. Russia’s Energy Strategy until 2035 plans to redirect coal toward Asia rather than curbing production, with half of it planned to feed domestic power stations.

The roadmap for lessening the coal industry’s effects on the environment is modernising its technology, rather than decommissioning it. In the EU’s carbon credit scheme, companies that emit within the state-mandated quota can sell their remaining credits to those who exceed their limits, while the quota constantly decreases. Russia’s skeleton scheme does not mention quotas.