Russia to step up control over foreign tech giants 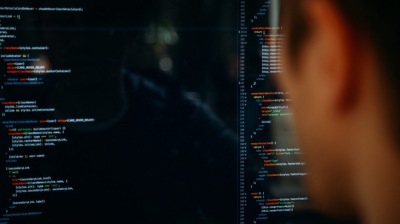 As of January 1, 2022, a law comes into effect in Russia aimed at increasing control over local operations of foreign tech giants.

This law requires that foreign companies with “large Russian online audiences” should open representative offices in Russia, add a mandatory feedback form to their websites, comply with local “prohibitions, requirements and restrictions”, and respond to all notices from the Russian communications watchdog Roskomnadzor.

In a press release announcing the adoption of the bill earlier this year, the State Duma, the lower chamber of Russian parliament, referred to it as the “law on ‘landing’ IT giants” – apparently meaning that a foreign tech giant operating in Russia should have a physical presence on Russian territory.

Despite its name, the law doesn’t target only major online platforms. Under its stipulations, any website, information system or app that is used by more than 500,000 Russians daily can qualify as an “IT giant.”

However, to have to comply with the new legislation, it has to be owned by a foreign organisation, a foreign citizen or a stateless person.

In addition, the website should meet at least one of several conditions, including the distribution of information in Russian and running advertisements aimed at Russian citizens.

Roskomnadzor is expected to come up with a list of “IT giants.” The agency is empowered to put any foreign advertising systems operators, hosting providers or “organisers of information distribution,” which is a general term used by the Russian authorities to cover messengers, social networks, blogs and online forums.

The list is supposed to be available at 236-fz.rkn.gov.ru, but it isn’t live yet.

There will be several ways of determining the size of a platform’s Russian audience. Under the law, Roskomnadzor will be allowed to send an official request to any company in question asking for information on their daily audience. Alternatively, Russian officials will be able to add a user counter to any specific website.

Finally, the authorities will have the right to use “publicly available information”, which is a clause open to wide interpretations.

The law stipulates several kinds of punishments for tech companies that choose to ignore this law. Among these are bans on displaying advertisements and on advertising the platform or its owner, restrictions on money transfers and payments and prohibiting search results, as well as throttling local traffic – something that Roskomnadzor tried to do with Twitter back in March 2021. The most severe punishment would be complete blocking of access to the online resource.

If Roskomnadzor decides to impose the latter measure on a “violator,” the agency will add the website’s owner and their “foreign payment service provider” of choice to two additional public lists.

Subsequently, Russian banks will have to check these blacklists and decline to make payments to anyone on the lists. Therefore, the 'violator' could be stripped of not just advertising revenue, but also, for instance, of revenue from crowdfunding campaigns.

Under the law, Roskomnadzor can eventually block its ‘violators’ completely, but the agency wouldn't be able to do it right away and in all cases. If a company declines to open a Russian office or add a feedback form to its website, it will be given a month's notice before Roskomnadzor will have the right to throttle or block its website.

The law on “landing” foreign tech companies also stipulates that if a company opens a representative office in Russia and puts up a feedback form but fails to remove content that is considered “offensive,” Roskomnadzor will be empowered to apply restrictive measures, except for slowing down traffic or completely blocking access to the website.

Meanwhile, Roskomnadzor isn’t the only government agency that can block websites in Russia – and no one is stopping other agencies from doing this. For instance, the Attorney General’s Office can rule that any website be blocked for allegedly “inciting” “extremist activities” or “mass disturbances,” as well as for disseminating “fake news.”

In addition, authorities will still be able to block online resources through the courts. All it takes is a lawsuit from a state prosecutor involved in monitoring the IT sector on blocking a website with prohibited content. Most recently, Russian judges have been willing to satisfy these claims.

Russia works on a super app for government officials

Russia's Ministry for Digitalisation has announced a tender for a super app that government officials would use to "improve security and independence of sanctions." The winner of the tender will ... more