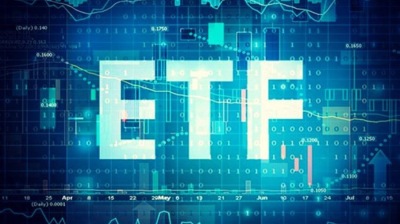 Russia's largest provider of foreign ETFs (Exchange Traded Funds) FinEx plans to appeal to the Belgian Finance Ministry and the Central Bank of Russia (CBR) to gain permission to buy back shares in its funds from Russian clients, according to Kommersant daily.

The funds remain blocked in the National Settlement Depository’s (NSD) accounts of Euroclear due to the EU’s sanctions for Russia’s military invasion of Ukraine. Previously Clearstream and Eurostream depositories issued explanations on the EU sixth sanction package, stating that any operations with the Russian NSD will be considered as sanction-busting.

For example, in the case of Euroclear, it would be necessary to obtain approval from the Belgian Treasury Administration.

FinEx will now have to obtain a favourable opinion from the Belgian regulator that such transactions do not violate sanctions restrictions. Eventually down the long regulatory road, FinEx could be able to redeem its ETF shares from non-sanctioned Russian investors into accounts of another foreign broker.

According to the Moscow Exchange, FinEx had 22 ETFs listed on it at the end of 2021 with a total net asset value of RUB99bn, which is 98.5% of all funds of this type on the exchange.

FinEx has resumed the net asset value (NAV) calculations for 21 of the 22 remaining ETFs with combined assets of $1bn (RUB60.5bn), but the actual operations have been suspended due to a Euroclear ban.

Some analysts surveyed by Kommersant doubt that the Belgian Ministry of Finance will dare to set a precedent in unfreezing toxic Russian assets. Others believe that a positive outcome is possible, but note that there are not many qualified lawyers in Russia able to deal with such a complex sanction case.

FinEx will also have to perform its own due diligence to identify sanctioned clients in the client base. Finally, the company would have to convince the CBR to waive the ban on transactions with “unfriendly” countries.

It was previously estimated that over 1mn Russian retail investors have seen their investment in foreign stocks and other securities worth over RUB2 trillion blocked due to the fallout of Russia’s military invasion of Ukraine.

NSD is a subsidiary of the Moscow Exchange and Russia’s central securities depository, which is the main registry of the property rights for securities. The NSD also holds depository receipts of the Russian issuers that were listed abroad prior to the invasion, but are now delisted abroad apart from a dozen government-approved exceptions.