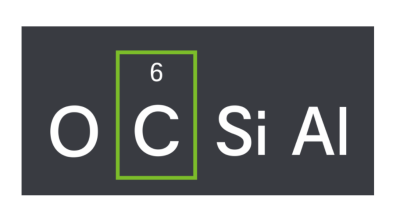 Graphene nanotubes are a high-tech form of carbon with a wide variety of possible applications that are attracting investors' interest.
By East West Digital News in Moscow October 6, 2021

OCSiAl, the Russian-founded global graphene nanotube leader (pronounced ‘Oxial’), intends to get listed on a Western exchange at the end of this year by merging with a SPAC. The company is aiming for a $3bn valuation, its co-founder Yuri Koropachinsky told Forbes Russia last week, as cited by East-West Digital News (EWDN).

SPACs are becoming trendy among Russian-founded tech companies, as witnessed by the recent SPAC-enabled listings of Arrival, Nexters and Momentus.

“Compared with the US market, which is nearing saturation, the Eastern European tech field looks almost virgin, offering many opportunities for SPACs to identify targets and merge with them,” an insider told East-West Digital News.

When going public, in line with plans, OCSiAl will float about 15% of its shares. The company aims to raise anything between $300mn and $800mn – “first and foremost, to build a big factory.”

“This is a necessary step given the limitations of our current capacities,” Koropachinsky said in his Forbes interview.

OCSiAl is also in the process of completing two private placement deals totalling $200mn, according to Koropachinsky. This amount is coming on top of an injection of $100mn as part of “a series of rounds” which closed this past summer at a $2.3bn valuation. Daikin took part in these deals, contributing $4mn.

OCSiAl refers to four chemical elements: oxygen (O), carbon (C), silicon (Si) and aluminum (Al). Touted as the world’s only manufacturer of graphene nanotubes on a large scale, this company is the brainchild of Russian physicist Mikhail Predtechenskiy alongside Koropachinskiy and two other businessmen: Oleg Kirillov and Yury Zelvenskiy.

Having established their company in 2010 in Luxembourg, they garnered the support of several Russian investors, including Rusnano, the state-controlled nanotech giant ($60mn invested in 2012 and 2015); individual investor Igor Kim (2013, 2014); Moscow-based PE find Expo Capital (2019); and an undisclosed British investor (2019).

In 2019 A&NN Investment – an investment holding controlled by oligarch Alexander Mamut – put up $5mn to acquire 0.5% of OCSiAl, purchasing a fraction of Rusnano’s stake.

Dsight, a Moscow-based business intelligence company with a focus on investment, has just released the English version of its Russian venture report covering the first half of 2021.