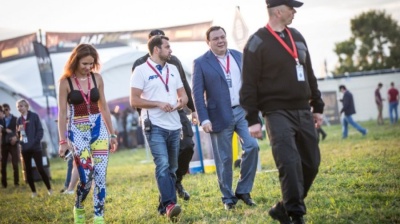 Mikhail Fridman, one of Russia's richest men, was briefly arrested in London on suspicion of money laundering, but immediately released on bail. / bne IntelliNews
By Ben Aris in Berlin December 4, 2022

Fridman grew to prominence in the 1990s after his Alfa Group made him a billionaire. After getting his start as a window cleaner in the aftermath of the collapse of the Soviet Union he went on to found a business empire that includes Alfa Bank, the highly successful X5 retail and supermarket group and numerous other businesses. His most successful investment of all was as a leading member of a consortium of top Russian businessmen that owned the TNK-BP oil joint venture that they eventually sold to the state-owned oil major Rosneft in a $55bn deal.

One of the original seven oligarchs that made their fortune in Boris Yeltsin’s presidency, as Russia has become progressively more repressive Fridman is one of many leading oligarchs that have left the country and does little new business in his homeland. Fridman is based in the UK, where he has been leading his LetterOne company and looking for new investments into energy.

While Fridman was included in the UK sanctions for allegedly being a Kremlin insider, as bne IntelliNews reported, the Alfa Group was one of the few oligarch “financial-industrial groups” that appeared in the 1990s that didn’t use state connections to make money. Fridman didn’t participate in the notorious “loans-for-shares” scheme in 1995-6 where most of the other oligarchs took over some of Russia’s best industrial companies for pennies on the dollar in rigged privatisations. When Fridman finally bought the oil company TNK he paid $1bn at a privatisation auction in a deal that was hailed at the time as the first real privatisation with a real valuation.

The UK sanctioned him and his partner, Pytor Aven, who is also in London, in March, and froze many of their assets.

As bne reported in 2016, Fridman was dubbed the “Teflon oligarch”, as he managed to avoid being tarred with the Russian corrupt image and at the same time not to fall out with the Kremlin after he moved to London. Moreover, in a rare interview he told the FT that he was on a mission to improve the image of his country’s business elite. “It’s our moral duty to become a global player, to prove a Russian can transform into an international businessman,” he said at the time.

Fridman, who was worth $15bn at the time, making him one of Russia’s richest men, has been living in London ever since.

The UK’s National Crime Agency raided Fridman’s London residence after arresting a 35-year-old man who left the house carrying a bag that contained thousands of pounds in cash.

The operation involved 50 police officers who are investigating Fridman on “suspicion of offences including money laundering, conspiracy to defraud the Home Office and conspiracy to commit perjury,” the NCA said in a statement.

“The 58-year-old man was arrested on Thursday (1 December) at his multi-million-pound residence in London by officers from the NCA’s Combatting Kleptocracy Cell,” the NCA said of Fridman’s arrest.

“A 35-year-old man, employed at the premises, was arrested nearby on suspicion of money laundering and obstruction of an NCA Officer after he was seen leaving the address with a bag found to contain thousands of pounds in cash,” the NCA said. “A third man, aged 39, who is the former boyfriend of the businessman’s current partner, was arrested at his home in Pimlico, London, for offences including money laundering and conspiracy to defraud.”

All three individuals were interviewed by the NCA, and have been released on bail.

Graeme Biggar, Director-General of the NCA, said: “The NCA’s Combatting Kleptocracy Cell, only established this year, is having significant success investigating potential criminal activity by oligarchs, the professional service providers that support and enable them and those linked to the Russian regime. We will continue to use all the powers and tactics available to us to disrupt this threat.”

This operation is the latest in a series of interventions by the NCA, which works to disrupt the activities of corrupt international business figures and their enablers.

To date, the NCA has secured nearly 100 disruptions – actions that demonstrably remove or reduce a criminal threat – against Putin-linked elites and their enablers, the NCA said in its statement.