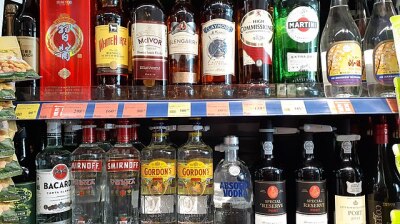 Russian retailers are lobbying to allow “parallel imports” of certain brands of alcohol and champagne, fearing shortages ahead of the winter holiday season, Kommersant daily reported citing a letter from the Association of Retail Trade Companies (ACORT) to the Deputy Prime Minister Dmitriy Grigorenko.

In order to overcome the crisis caused by the sanctions for Moscow’s military invasion of Ukraine, Russia has allowed so-called “parallel imports” of goods without the permission of the copyright owner.

As argued by bne IntelliNews, contrary to the widespread picture of the new Iron Curtain painted in the media, due to the “parallel imports” Russia’s largest retailers are still restocking on Western consumer goods and are even expanding their warehouse capacities.

About $2bn-$2.5bn of "parallel import" goods seep monthly into Russia, according to the latest official estimates.

Reportedly, the ACORT (which included Russia's largest food retailers such as X5 Group, Magnit, Lenta, Auchan and others) that many alcohol distributors are running low on inventory ahead of the winter holiday season.

In the meantime, small suppliers of whisky and other alcohol raised their prices by up to 70% and introduced shipment quotas, which has resulted in serious shortages in the category. Imports of all spirits to Russia fell by almost 35% to 32.65mn litres and of whisky by almost 50% to 11.8mn litres.

According to ACORT, the companies that have suspended their supplies to Russia accounted for 66% of whisky imports, 63% of rum, 82% of cognac and 100% of sparkling wines of the Champagne region. These include such alcohol majors as Pernod Ricard (Chivas Regal, Jameson, Absolut), Diageo (Bell's, Johnnie Walker, Captain Morgan, Baileys), Bacardi (Dewar's, William Lawson's), Brown-Forman (Jack Daniel's, Finlandia), Moet Hennessy.

The association argues that “parallel imports” could preserve assortment, increase tax and excise duty collection, and prevent the growth of the share of illegal products. However, alcohol distributors and experts surveyed by Kommersant warn of the prohibition-style risks such as absence of quality controls.

Russia was previously plagued by widespread counterfeit spirits, but regulatory measures and tight retail controls introduced back in 2010 helped to bring the share of counterfeit vodka down from 67% to 18% in 2019.