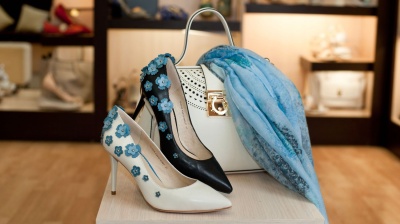 Obuv posted a 56% year-on-year drop in sales in 2Q20 due to lockdown measures, but said that in June 2020 most of its stores had managed to recover to pre-coronavirus (COVID-19) traffic volumes. In 3Q20 the decline in sales moderated to 17% y/y.
By bne IntelliNews December 1, 2020

Russian shoe manufacturer and retailer Obuv Rossii plans to rebrand into OR Group and increase the share of home appliances, consumer electronics, and food to over 60% of its top line by 2025, according to Kommersant daily.

As reported by bne IntelliNews, Obuv posted a 56% year-on-year drop in sales in 2Q20 due to lockdown measures, but said that in June 2020 most of its stores had  managed to recover to pre-coronavirus (COVID-19) traffic volumes. In 3Q20 the decline in sales moderated to 17% y/y.

Obuv started to diversify with an introduction of microfinance services that contributed 27% of top line in 9M20, and launched a marketplace for third parties that accounted for 25% of retail turnover in 3Q20.

However, "significantly increasing the assortment means that the prospects for selling densities, profitability and working capital management are unclear, while client perception of the chain would have to change significantly (in Siberia and Central Russia, it is a well-established footwear brand)," VTBC notes.

Moreover, the fashion market has been stagnating at a 2% annual growth in the last five years and is estimated to lose a third of its value y/y in 2020 as a result of the lockdowns and lower demand, VTBC analysts remind, citing Fashion Consulting Group.

Already in its native segment of footwear retail, Obuv Rossii has seen tangible headwinds in working capital management (133% of sales as of June) and leverage (5.5x net debt /Ebitda in VTBC 2020 model).

Thus, VTBC analysts' prime focus remains on the rebound in turnover and cash flow optimisation, while a significant change in the assortment and rapid multi-format transition could make the process more complex, in their view.

Obuv is a prime example of the Russian regional retail story. Initially positioning itself in the middle of the market between shoddy Soviet-era shoes and the expensive western imports the company flourished in the 1990s.

The store has focused on expanding in regional markets and catering to the average Russia, ignoring the richer big twin capitals of Moscow and St Petersburg where imported shoe sales dominate.

The company has also been an innovator, offering credits to regular shoppers to spread the costs out as mother tend to buy the whole family winter shoes in the autumn, which can be a major household expense.

More recently the chain has diversified into accessories like handbags and expanded its offering from shoes alone.

Russia’s footwear market is in recovery mode and has long-term growth potential as Russians own a fraction of the shoes that their western peers do, the company's CEO Anton Titov told bne IntelliNews at the time of the rare IPO in 2017.

MOSCOW BLOG: Has Navalny started a revolution?
Russia's biggest demonstrations since 2011 in protest against Navalny jailing
Opposition activist Navalny's call for mass protests a success as thousands take to the streets across Russia