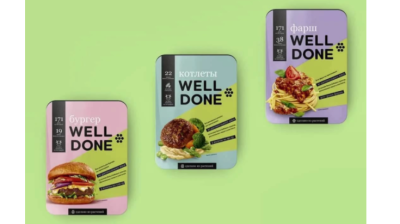 Forbes Russia heard that Welldone’s valuation could be in the range of $5mn to $7mn.

According to Russian company register data cited by Forbes Russia, Welldone’s revenue amounted to RUB2.6mn in 2020 with a loss of RUB23.3mn (respectively, $36,000 and $321,000 at the average exchange rate of the year). But company head Alexander Kiselev told Forbes Russia that the company sold 30 tonnes of products in H1 2021, up from just three tonnes in FY 2020.

Russia’s move to meat alternatives is only beginning – far from the traction these products already generate in the US. However, the trend seems promising: according to a Deloitte Consulting study cited by Forbes Russia, some 47% of Russians aged 16 to 40 years are ready to diversify their protein diet with plant-based meat.

While US startup Beyond Meat entered the Russian market in 2019 with a high-price positioning, several domestic competitors are now emerging. These include startups Greenwise, neMyaso (‘unMeat’) and 3D Bioprinting Solutions, as well as such established meat factories as Efko, the Naro-Fominsk Meat Processing Plant, and others.