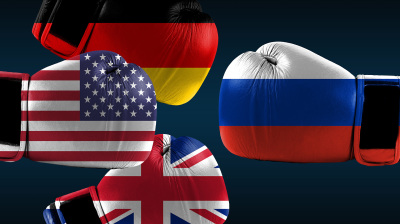 The EU has slapped a fourth package of sanctions on Russia. It exempted many metal products, but did include steel. / bne IntelliNews
By bne IntelliNews March 16, 2022

The European Union has approved and enacted a fourth sanction package against Russia for the military invasion of Ukraine, which includes an import ban on steel.

The ban on imports to the EU of some steel products will have the biggest effect. The highlights of the EU package consist of the following:

bne IntelliNews published a guide to the sanctions on Russia last month.

A wide range of commodity prices have already jumped and are set to surge further amid supply disruptions as a result of Russian counter-sanctions on the West. As analysed in detail by bne IntelliNews, Russian metals are deeply embedded in global markets and would be hard to sanction. Yet a ban on Russian steel imports has been included in the sanctions.

"[The EU ban is] negative for steelmakers’ financials, but that billets/slabs will still trade should partly offset the impact at least for NLMK – semis exports to EU represents c40-42% of all NLMK’s ex-CIS steel exports (12-14% for Severstal, less than 2% for MMK),” BCS GM said in a note.

"Kallanish reported that the EU will now prohibit imports of those Russian steel products currently under safeguard measures – mostly finished long, flat and tubular materials. The trade of billet and slab will continue, unless with companies impacted by direct EU sanctions. The ban is estimated to affect around €3.3bn ($3.63bn) of Russia’s steel exports. Import quotas will be re-distributed among other countries."

Aton Equity argued on March 15 that the Russian metal majors most dependent on the European market are Novolipetsk Mining Kombinat (NLMK) and Severstal, while Severstal already announced halting European exports after the sanctions against its owner, Alexei Mordashov.

The share of European sales for NLMK is at about 18%, while other producers are less dependent on the market (Evraz and Magnitogorsk Iron and Steel Works (MMK) at about 7% of total exports each). At the same time, the steel producers are expected to come under pressure to cut prices at home.

Analysts warned that the ban on imports of Russian steel was likely to push up already sky-high prices.

"Following the recent increase in steel prices at YE21, the European steel market could be facing another price hike. Last year, higher costs (for iron ore in particular) drove steel prices (Global steel output slows in June, propping up current steel prices, 26 July 2021). This time, we see the shortage of Russian and Ukrainian slab and flat steel on European markets as the key driver, supported by the iron ore cost-push (commodities with the most significant share of supplies from Russia and Ukraine, 9 March)," Sova Capital commented on March 16.

Sova analysts estimate that the European market imported 6 mn tonnes, or 70% of its imported slab, from Russia and Ukraine. The shortage of re-rolling material is likely to push pricing sentiment upwards not only for slab but also for HRC plates, they expect.

"In an early sign of higher prices, HRC prices in Northern Europe have risen to $1,300 per tonne (EXW) since the beginning of 2022 vs. $930-960/t, according to Bloomberg. The restoration of logistical links, along with the re-routing and sourcing of volumes, should eventually slow the growth in steel prices, but these factors are likely to place additional costs on buyers", Sova Capital analysts warn.

The new EU ban also does not include iron ore and steel slab.

According to Bloomberg, the EU so far refrained from banning imports of non-ferrous metals and aluminium in particular, but it could be considered. Following the massive price spike in prices after a previous attempt to sanction Rusal, the aluminium company of oligarch Oleg Deripaska, in 2018, this company has also been exempted from the sanctions regime due to its importance to the global metals market. An aluminium exports ban would badly hurt Deripaska’s Rusal that sells 40% of its output to Europe.

The fourth sanctions package approved by the European Union against Russia for the military invasion of Ukraine includes oligarch Roman Abramovich, previously sanctioned by the UK.

The latest EU sanctions also include gold tycoon Suleiman Kerimov of Polyus Gold, the CEO of Russia's internet major Yandex Tigran Khudaverdyan, partners of billionaire Mikhail Fridman of Alfa Group German Khan and Alexey Kuzmichev, and steel tycoon Viktor Rashnikov of Magnitogorsk Iron and Steel Works (MMK). The board chairman of Russian petrochemical major Sibur Dmitry Kulikov, as well as the CEO of the fertiliser major EuroChem Vladimir Rashevsky, have also been sanctioned by the EU.

Among the 15 individuals of the fourth sanction package are also Marina Sechina, the ex-spouse of sanctioned head of Rosneft oil major Igor Sechin, the long-time head of the state-run First TV Channel Konstantin Ernst, and prominent journalist at the state-controlled First TV Channel Artem Sheynin.

bne IntelliNews has long followed the relationship between the Kremlin and oligarchs, or “stoligarchs”, the class that was created in the post-Soviet economic chaos in the 1990s and transformed since.

Following the sanctions on German Khan, German Wintershall Dea already announced that Khan was stepping down from its board. The oil and gas producer is a joint venture of German chemicals giant BASF and LetterOne, the holding company controlled by Russian oligarch Mikail Fridman.

Last week the EU already added 14 more Russian top executives and billionaires to the sanctions list in addition to initial sanctions against six Russian oligarchs. The US Department of Treasury followed the EU by releasing a new list of oligarchs that are sanctioned as of March 3, the list being very similar to a list of businesspeople put under sanction by the EU.

Credit ratings, crypto, and trade conditions to be targetted

As part of the fourth sanction package the EU also banned European credit rating agencies from assigning ratings to Russia and Russian issuers. The EU also expanded a number of sanctioned individuals linked to the military industrial complex, while also banning investment and equipment supplies for Russia's energy sector. The EU also joined the US in the recent ban on exports of luxury goods to Russia.

The EU, together with other World Trade Organisation (WTO) members, also agreed to deny Russian products and services “most favoured nation” status in EU markets. This follows an announcement on Friday, March 11 by the US and G7 members and will significantly hurt Russia’s trade with the West as it re-introduces regulations and removes preferential tariff regimes.

"This will suspend the significant benefits that Russia enjoys as a WTO member. These actions against Russia protect the essential security interests of the EU and its partners in light of Russia's unprovoked, premeditated and unjustified aggression against Ukraine, assisted by Belarus. They are fully justified under WTO law," the EU statement read.

In addition, a separate statement by the European Commission President Ursula von der Leyden said that the EU was "making sure that the Russian state and its elites cannot use crypto assets to circumvent the sanctions. We will stop the group close to [Russia's President Vladimir] Putin and the architects of his war from using these assets to grow and transfer their wealth.”

Von der Leyden also pledged to continue "pressuring Russian elites close to Putin as well as their families and enablers," with a meeting by the G7 Finance, Justice and Home Affairs Ministers planned for next week "to co-ordinate the task force we set up targeting Putin's cronies".