Russians believe it is a bad time to save, but the share with savings remains unchanged 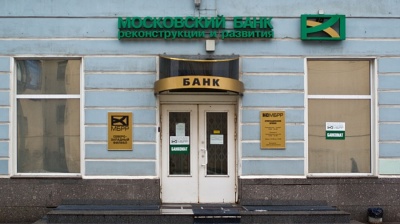 Russians believe it is a bad time to save, but the share with savings remains unchanged
By bne IntelliNews October 1, 2021

Since the start of this year the number of Russians that believe it is a bad time to increase savings has grown, according to a recent survey by independent pollster the Levada Center.

“This could obviously have been influenced by the material instability of recent months in connection with the coronavirus [COVID-19] epidemic,” Levada said in a release on its website.

The choice between saving and spending is an important economic driver that drove much of the boom in the noughties when the economy doubled in size.

“The willingness to buy this autumn is noticeably lower than the level of the beginning of the year, which indicates a decrease in the financial activity of the population,” Levada said.

Levada said the current reluctance to save runs contrary to the long-term trend that has been in place since 2016, when the population was more inclined to save, creating a confused picture. 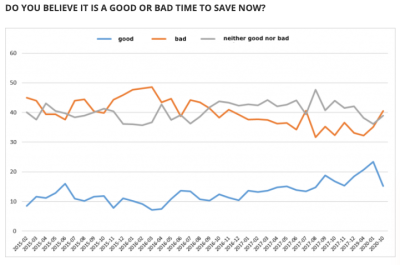 The confidence that there will be opportunities for savings in the future has also diminished somewhat, according to the pollster. There has been an increase in the number of respondents who believe that they will have fewer opportunities to save in a year. This indicator is closely related to the current assessment of the economic situation. According to RosStat, real disposable money income of the population decreased by 4.8% in the third quarter of 2020 compared to the corresponding period of the previous year.

Although the propensity to save has fallen, the share of Russians who have savings has not actually decreased. In January 2020, 28% of respondents said they had savings, and in October 2020, the share of those who had savings was 31%, says Levada.

“The dynamics of answers to this question over time is very stable. This question indicates rather the attitude towards the formation of savings, rather than the actual nature of savings. Respondents with a relatively high consumer status feel the decline in savings opportunities more acutely than others,” says Levada. “For the respondents with a low consumer level, there were practically no changes: their savings opportunities are already significantly less. Respondents who can buy expensive goods have experienced an increase in their savings capacity over the past two years, and the current crisis has hit them harder than others.”

While the total share of the population with savings remains the same, a decrease in the size of these savings was observed. Among Russians with a low consumer status, the number of respondents who refused to answer increased. “This speaks of the sensitivity of the topic and, perhaps, reluctance to declare the absence of savings or their small amount,” Levada concluded.